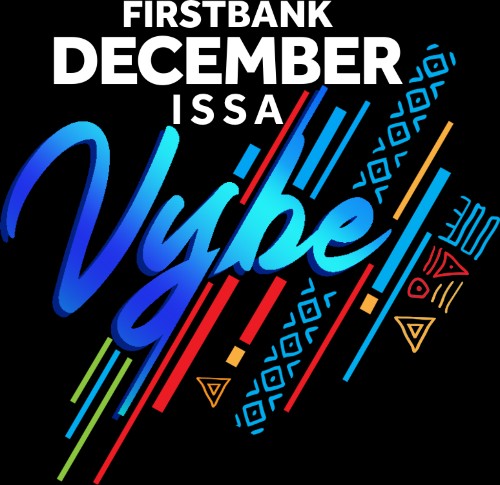 In Nigeria, the first day of December ushers in the advent of the festive season which runs through the month progressively till early January when businesses and official duties resume fully again. December, in the world’s most populous black nation, is characterised, with fascinating scenery, by shops, streets, offices and homes getting decorated with twinkling lights and dazzling ornaments.

The month also welcomes religious festivities of Christmas, the biggest celebration for christians globally which takes place just a week before the New Year rolls in amidst celebration unmatched by any other from the rest of the year. The season is generally enveloped by festive concerts, feasts, celebrations, carnivals, musical shows, colourful decorations and family reunions.

For almost everyone, it’s a time to merry with friends and family, attend celebratory events, give and accept gifts, enjoy entertainment and feast together. December is such a big deal in Nigeria and the people know just how to savour the moments well. Interestingly, the celebration is not limited as it cuts across all classes and shades irrespective of social status, religion, personality or age – the rich, poor, young, old, cool and radicals. It’s usually a time everyone earnestly awaits for fun, merrymaking and relaxation, mentally and physically. In fact, to get ample time for merry making, employees in Nigeria push hard in offices to get annual leave approvals for the period.

Another key, exciting hallmark of the festive season is the homecoming visits of Nigerians who have travelled abroad for greener pastures, a trend popularly called ‘Japa’ in local parlance. It’s a common belief that the Nigerian spirit is a hustling one, and no distance is too large to scare a Nigerian from a potential source of income, be it the journey from the remotest village to Lagos, or from there to the farthest corners of the world. The December period thus presents an opportunity to reunite families.

The returnees constitute an essential ‘life of the party’ as they hit the country ready to visit places, mingle and bond, to the admiration and embrace of peers and family members. It’s always a great period for the returnees and their loved ones to create great memories, spending time, going round town for great entertainment and having fun together.

Their presence also commands attention and adds colour to village and town hall meetings, community projects and social gatherings, especially wedding parties, as well as other family functions deliberately fixed around the season to court the beloved presence of the “I just got backs” who bask endlessly in the euphoria.

First Bank of Nigeria Limited as a company with the mantra of being woven into the fabrics of society has continued to demonstrate its understanding of the uniqueness and essence of the festive season with its consistent support for same through the ‘December Is a vybe’ campaign.

Unfortunately, the Nigerian economy has struggled sluggishly for some time with attendant harsh impact on individual and household finances and sliding purchasing power. This gets worsened by the galloping inflation, increasing cost of living and the sky rocketing price of premium motor spirits (PMS) locally called petrol.

Yet, the average Nigerian craves for great fun and quality entertainment during the Yuletide season. So, the December festivities come as added weight with tickets as high as N70K for A-list musical acts like Asake, Kizz Daniel, Burna Boy, Davido, Wizkid and others.

To throw off the weight, the December Is a vybe campaign offers free VIP tickets from FirstBank to Nigerians for access to coveted A-list musical concerts, opera, comedy shows, stage plays, dance and other genres of entertainment throughout the festive season to assure maximum pleasure.

Folake Ani-Mumuney, FirstBank Global Head, Marketing and Corporate Communications said, the premier financial institution which has operated in Nigeria for over 125 years deliberately orchestrated the campaign to create platforms for Nigerians at home and those returning from abroad to enjoy entertainment, bond well and enjoy the best of the festive season together after a period of separation in pursuit of excellence and success.

“Through ‘December Is a vybe’, FirstBank has always brought Nigerians the best exciting, fun-filled, memorable experience in December with the sponsorship of concerts, creative arts; food Fiesta; fashion etc and it’s set again with a bang in 2022 ready to enable people relive the experience and live their dreams, ” she stated.

She noted that the 2022 edition offers fresh opportunities and platforms for yet another memorable Homecoming experience this December for Nigerians visiting from abroad; wedding celebrants; friends and family reunions. FirstBank ‘December Is a vybe’ offers the returnees a good opportunity to reunite and enjoy premium entertainment with family and friends.

She explained: “The programme has not slowed down since it kicked off. We supported Waka the Musical in 2017 which was also taken to Abuja in 2018. We gave Nigerians premium access to Davido show amongst others in 2017, Burna Boy in 2018, Future in 2019, Davido and Burna in 2021 and for 2022, we will start with VIP access to Kizz Daniel’s show, followed by many more.

The foremost banking giant has in recent years made December quite memorable. From the exciting Alternative Sound 4.0, held at Terra Culture on 5 December, 2019 to the memorable Cardi B live in Lagos by Livespot Concert on 7 December 2019 and the unforgettable “An Evening with FBNHoldings” held on 13 December, 2019 to the pleasure overload of Island Block Party at Oniru Lagos on 14 December, lucky customers and followers of the Bank’s social media handles were given free tickets to have loads of fun!

Also, in the bouquet of fun extravaganza was Teni – The Billionaire Experience musical concert held at Eko Hotel on Monday, 16 December 2019 which had many thrilled to the finest of tunes by the Billionaire crooner and other guest artistes present.

The annual Nativeland music festival at Muri Okunola Park was another fun spot which has since its inauguration in 2016, featured breathtaking performances by A-list artistes.

Youth and teenage fashionistas were not left out; as with Street Souk, they had a feel of current trends and creativity in the fashion industry. The event held on 18 December 2019. For those keen on getting the best and latest designs, wears and fabrics in fashion, the African Fashion Week Nigeria was another port of call. The event which held 20 – 21 December, 2019 attracted leading players in the fashion industry and deepened the fashion appetite and interest of participants.

Building into Christmas was Flytime Rhythm Unplugged, which started on 20 December at the Eko Hotel and Suites. The 5-day music festival had performances from leading artistes in the country. Olamide, Burna Boy, Tiwa Savage, MI, Ycee, Patoranking, Mayorkun, Teni, Zlatan, Joeboy, Fireboy, B Red, Tolani, Jeff Akoh, Oluwadamilola thrilled fun lovers to the best of charts topping tunes not just in Nigeria but the continent. On the wheels of steel was DJ Neptune, DJ Consequence, DJ Obi, and DJ Cuppy.

Kizz Daniel’s Toro concert on 26 December 2019 and Tu Face’s musical show on 28 December built up to the wrap-up of the list of December events with Future, the American rap music sensational performance live in Lagos.

19-Yr-Old Endurance Arrested After Defrauding A British Lady Of £450K And Using The Money To Buy Cars, Gold Chains, Others

The Future Live in Concert held on 29 December 2019 at the Eko hotel. The 80s boy band, New Edition performance at the FlyTime Music Festival in Lagos was also electrifying with Burna Boy Live, Davido Live and many more in action!

For plays, the December Issavybe train featured sponsorships of Moremi and Oba Eshugbayi plays which focused on highlighted history of Lagos: the struggle over water tax imposed by the British on the people of Lagos and the expulsion of Oba Esugbayi, who stood against tax, to Abeokuta. The play was from the stable of Joseph Edgar of the iconic Duke of Shomolu Production.

For the 2022 campaign, FirstBank says it will start the festive season with VIP access to rave of the moment, Kizz Daniel’s show. Kizz is so loved right now and many Nigerians especially women can’t seem to get enough of his monster hit, Cough (Odoyewu). He also has many songs that will make his show a delight any day, including Buga, Lie, No Wahala, Oshe, Yeba, One Ticket, Woju, Laye, Jaho, Sofa and many others. With First Bank, December promises to be an awesome experience!

To participate, all that is required is to just follow FirstBank’s social media pages and updates on – Facebook: First Bank of Nigeria Limited, Instagram: @firstbanknigeria and from there get the tickets.