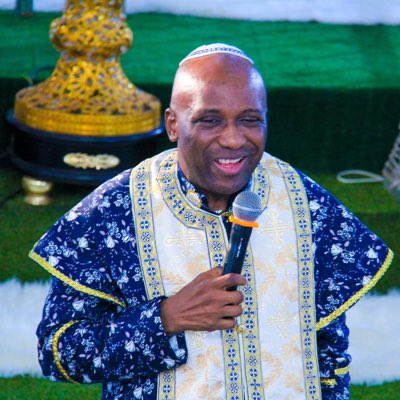 Primate Ayodele Elijah, the leader Of INRI Evangelical Spiritual Church, has issued a warning to other clerics.

The clergyman warned men of God against supporting the All Progressives Congress, APC, Muslim-Muslim ticket ahead of the presidential election in 2023.

In a statement signed by his media aide, Osho Oluwatosin, Primate Ayodele revealed that any man of God supporting the ticket was clearly against God’s will for the country and would face the wrath of God.

He explained that God had kicked against the plan of the APC to retain the seat of the presidency, adding that the Muslim-Muslim ticket was dead on arrival.

Primate Ayodele said: ‘’God is against any pastor or Christian leader that supports APC’s Muslim-Muslim ticket, they should keep their mouth shut if they don’t want to face the wrath of God.

“God is against the ticket and has kicked against the plans of the APC to retake Nigeria again. The APC is playing God with the Muslim-Muslim ticket, they are so proud in their mistake, God is ready to fight the party for the presidential election, APC ticket is dead on arrival.

‘’Under the government of APC, the country is shaking, the economy has died and as far as God is concerned, he is interested in the progress of this country.

“God has sent the APC government packing from Nigeria. Tinubu cannot be Nigeria’s president, I’m saying it again. His presidency is not endorsed by God.’’