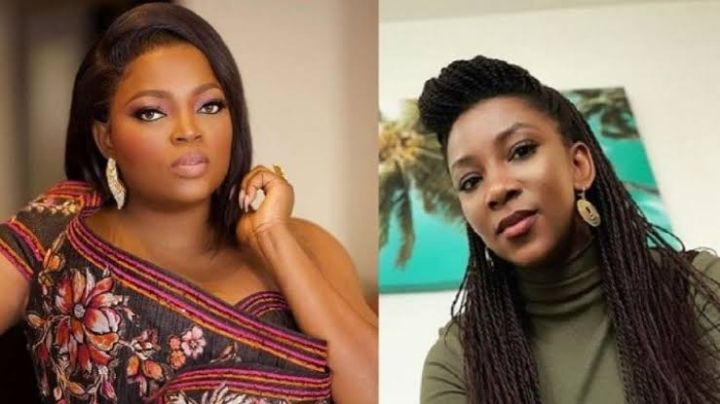 Fans and nollywood pundits have have schooled Nigerian blogger, Akinblogger whom in a weekend post had pitted Funke Akindele-Bello against her counterpart, Genevieve Nnaji.

Akinblogger had taken to his Twitter, on May 24 to share a photo grid of both actresses, and then asking tweeps to choose their favourite actress.

Although, as against trying to compare both nollywood darlings, Apple’s Bite International Magazine thinks the blogger was only pulling an option poll to determine who was fans favourite.

“Let’s settle this here, pick your favourite actress below. Like for Funke Akindele.”

Reacting to the tweet, Funke wasted no time in setting the record straight as she acknowledged Genevieve as a senior colleague and great actor.

“Wetin you dey settle? Genevieve Nnaji is a senior colleague and great actor. Respect all day and all night.”

Fans of Genevieve Nnaji also had not slacked to school the blogger, enlightening him Genevieve is no one’s mate in Nollywood, as she’s in a class of her own.