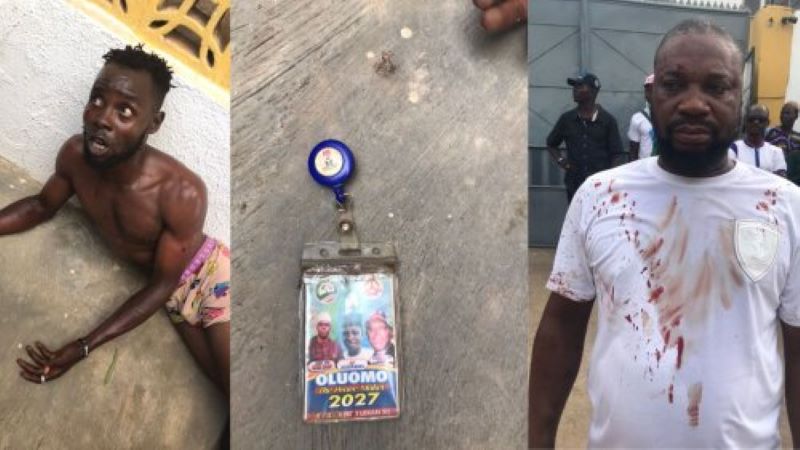 Hoodlums suspected to be members of the Motor Park System (MPS) reportedly stormed the Idi-ape house, Ibadan, of a leader of the Peoples Democratic Party (PDP), Alhaji Adebisi Olopoeniyan shortly after his defection to the New Nigeria Peoples Party, NNPP.

According to SaharaReporters observed, eyewitnesses narrated that on arriving in his house, the thugs started shooting sporadically which injured one of the supporters of the politician.

People were scampering for safety in the ensuing confusion after closing their shops while others avoided the affected areas.

One of the aides of Olopoeniyan, Tunji Adefuye, who confirmed the attack, said to avoid such incident, his boss had informed the police ahead of time.

According to him, the MPS boss, Mukaila Lamidi popularly known as Auxiliary, is always after the life of his boss for no reason, which he said was why the hoodlums were in his house to disrupt the peaceful defection.

He noted that one of the invaders confirmed that they were sent by the chairman of the park management system in Oyo State, Auxiliary.

“Those guys arrived with guns and machetes. We saw them from afar and that was how God saved some of us. One of our men was affected. It took the intervention of the police before they chased them away. This is serious. Why attacking my boss when the governor knows that he is not popular?”

Olopoeniyan had earlier said PDP was currently in crisis due to the selfishness of the governor in the state who failed to appreciate efforts of party members that worked for his emergence.

He said; “PDP was not on ground in Oyo State as at 2015, we reshaped the party and used it to contest and come to power. NNPP is ready; PDP and APC members are still going to join us, it is now money for money and power for power in 2023 election; we shall attack whoever attacks us.

Meanwhile, the secretary of NNPP in Oyo State, Soji Olaojo, in his welcome address said that the leaders of the party approached Olopoeyan having seeing his strength as one of the stakeholders in the state.