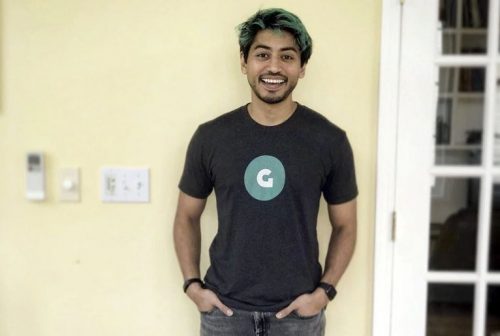 Gokada described the death of its CEO as “sudden and tragic.

“Our hearts go out to his friends, family, and all those feeling the pain and heartbreak we are currently experiencing, here at Gokada,” read the statement posted on Twitter.

‘He had a really big smile’
Saleh’s friends in Nigeria remember a passionate entrepreneur committed to making a difference in emerging markets and creating economic opportunities.

“He believed that the future of the world lied in emerging markets and was 100% committed to making it come true. This is why he moved from the US to Bangladesh and recently Nigeria to build logistics platform companies,” Nadayar Enegesi, co-founder of tech platform Eden, told CNN.

“He was thoughtful and had an air of clarity of purpose in life. His passion was contagious. As far as the Nigerian tech ecosystem is concerned, Fahim was one of us and loved by us,” Enegesi added.

Fahim Saleh was known for his entrepreneurship.

Ukanwoke says he met Saleh through a mutual industry friend and recalls that he was always making jokes.

“Fahim was a very sharp and smart thinker, he knew exactly what he wanted. In conversation, he could think on his feet and was able to see things differently to everyone else,” he added.

‘Tragic and senseless’
Saleh was the son of Bangladeshi immigrants, and created his first company PrankDial.com as a high schooler, the website for prerecorded prank phone calls generated over $10 million since its start, he wrote in 2018.

He continued to found and sell sites throughout his teens and his time at Bentley University in Massachusetts.

Most recently, he founded the venture capital firm Adventure Capital, which invested in ride-sharing start-ups in countries like Bangladesh and Colombia.

Andrew Garza, co-founder of Lifestores pharmacy in Lagos, had just signed a partnership deal with Gokada before Saleh’s death.

Gokada provided delivery services for Lifestores during a lockdown imposed in Lagos in March.

He described Saleh as a “funny guy who liked to tell jokes.”

Saleh and Garza met in 2018 at a sendoff party organized by Gokada for one of their staff.

“We met a few times after that for coffee and spoke quite a bit about entrepreneurship and fundraising. We sometimes discussed our company strategies together,” Garza told CNN.

Garza says he will continue to have fun memories of the young CEO, describing his death as “tragic and senseless.”

“We will miss him and we trust the US authorities to ensure his murderers are brought to justice soon,” Aboyeji wrote on Twitter.

Saleh wrote on Medium, where he blogged regularly, that founding Gokada was “one of the most out-there things” he had ever done.

In 2017, he sold a portion of his shares in Pathao, a Bangladesh based ride-hailing company he had co-founded, to generate funds to start the business in Nigeria.

He visited the West African nation the same year to explore the market and make a decision on whether to start Gokada.

“Roaming around the streets of Lagos, I saw gangs of seemingly unruly “okadas” on the side streets with customers approaching them to negotiate the fare. They were everywhere. I had my market,” Saleh wrote in the post.

In 2019, Gokada raised $5.3 million in seed funding and hired over 800 drivers, but Gokada’s business hit an unexpected drawback in February when Lagos state banned commercial motorcycles in the city.

Saleh filmed a plea on behalf of his employees to lift the ban as the company pivoted to delivery and was working toward launching a boat hailing service, he told CNN in February.

Share this post
Related tags : 'He Had a Really Big Smile.' Nigeria's Tech Industry Reels From The Death of Gokada Founder