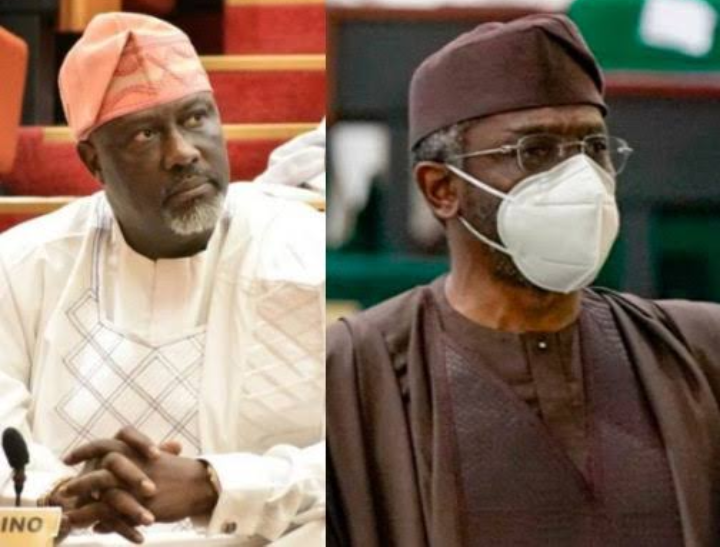 An Abuja Federal High Court has turned down request by former Senator, Dino Melaye for a restraining order against the House of Representatives in relation to its planned consideration of the controversial Control of Infectious Disease ‘s Bill 2020, otherwise known as the Nigeria Centre for Disease Control (NCDC) Bill.

In a ruling delivered by Justice Ijeoma Ojukwu, on Wednesday, May 20, she could not issue such an order to restrain the the national assembly from acting on the Infectious Disease Bill, as sought by Melaye’s lawyer, Nkem Okoro because the plaintiff was yet to effect service on the Speaker of the House of Representatives (the third respondent) as earlier directed by the court.

Okoro had, at the commencement of proceedings on Wednesday, noted that none of the respondents complied with the court’s earlier order for them to show cause why similar restraining order sought ex-parte by the plaintiff should not be granted.

He argued that, in view of the obvious failure of the respondents to show cause, the court should order parties to maintain status quo, protect the res (subject matter) and prevent a situation where a “fait accompli” would be foisted on the court.

Lawyers, who represented some of the respondents, faulted Okoro’s argument and urged the court to hold otherwise.

In her ruling, Justice Ojukwu rejected Okoro’s request, on the grounds that the court’s order made on May 13, 2020 for the respondents to show cause why they should not be restrained from further considering the Bill (as prayed by Melaye in his ex-parte motion), was predicated on the service of court processes (documents) on all the respondents.

She added: “Since the condition precedent has not been met, I would rather hold that the matter proceeds to hearing.”

Justice Ojukwu proceeded to order that the processes meant for the Speaker should be served on him through the lawyer representing him in court – Kayode Ajulo.

She directed parties to file all the necessary processes and adjourned till June 1 for hearing.

Melaye is, by the suit marked FHC/ABJ/CS/463/2020, filed on May 5, 2020 is claiming that the provisions of the Bill violate his fundamental rights, among which are rights to the dignity of person, personal liberty, right to private and family life, right to freedom of movement and right to own immovable property in Nigeria.

At the last hearing in the case on May13, Justice Ojukwu declined a similar prayer for a restraining order against the respondents, as contained in ex parte motion argued by Melaye’s lawyer.

Instead, the judge ordered Melaye to serve the processes on the respondents, for them to attend court and show cause why the orders sought ex-parte by the plaintiff should not be granted, and adjourned till May 20.

It was in response to the service of the court processes on them that some of the respondents attended court on Wednesday.

Clerks of both the National Assembly and the House of Representatives and the AGF were absent on Wednesday. They were also not represented by lawyers.

It was only the Speaker of the House of Representatives and the IGP that were represented by Ajulo and Kehinde Oluwole.