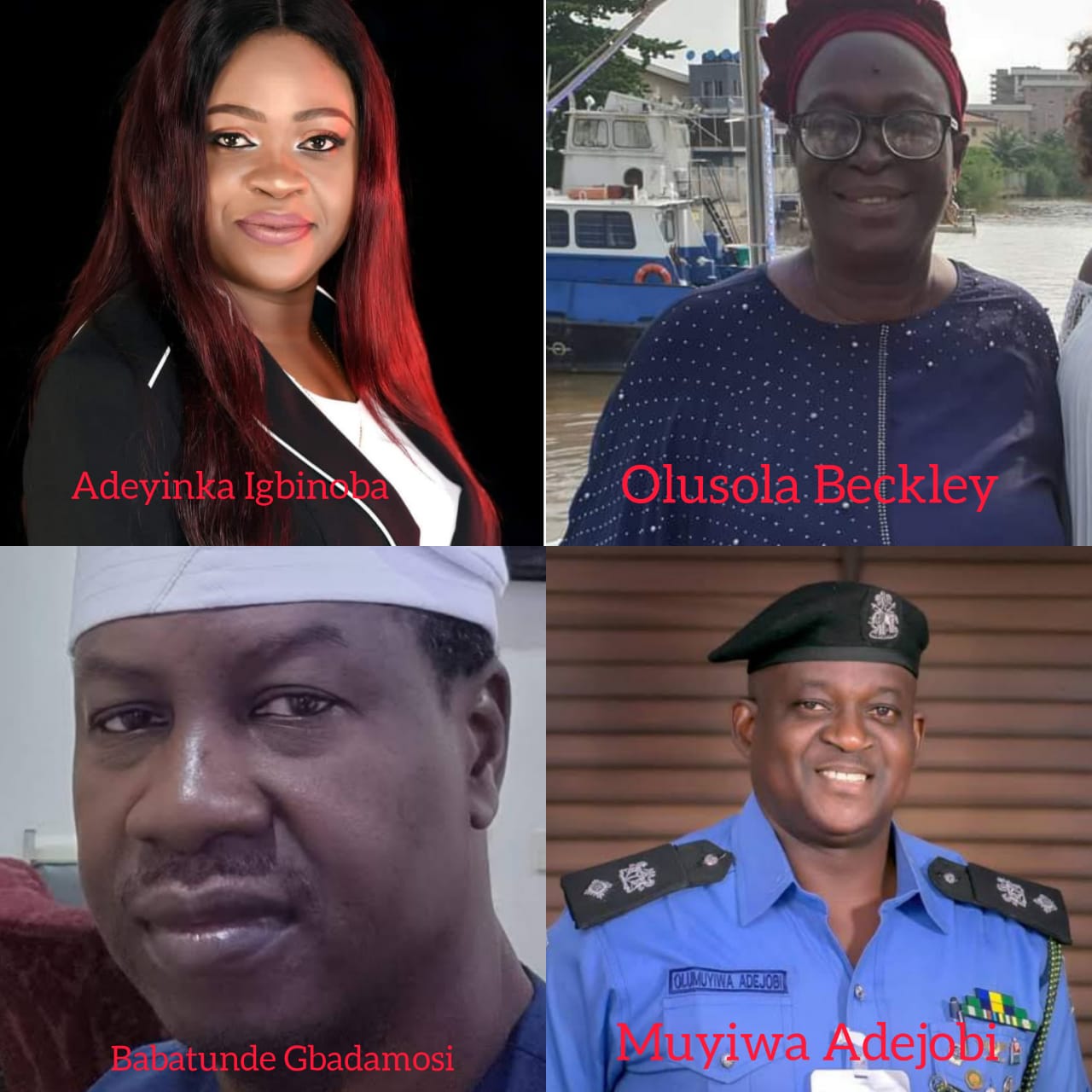 Some months ago, one Adeyinka Igbinoba, a self-acclaimed Journalist, accused Hon. Audullahi Saheed Mosadoluwa, of butchering her legs after having a business disagreement in his office. She also accused Mr Ibile of Fraud, Forgery, Attempted Murder and Bodily harmed Injuries which we gathered are all nothing but false accusations.

In an exclusive interview with him, Mosadoluwa, spoke at length on several issues the law enforcement agencies, failed to know before filing malicious report against him. He also highlighted some crucial basics of news gathering, and reporting which some half-baked Journalists in Nigeria, are lacking in practicing precision Journalism.

When we spoke with him about his reaction to the allegations, Mr Ibile said, “firstly, let us talk about defamation law in general, ( libel and slander lawsuits in particular), the law considers a number of competing interests, when government officials and the media are involved in the statement at issue: the public’s access to information, individuals’ reputations, and public officials’ ability to efficiently perform their duties is highly important.

This may be a personal interest in a society like Nigeria, where 90% of those who saddled with investigation, responsibilities are only pursuing bribery, foster interest and having fear of media or gender sentimental, and unsurprisingly, the interplay between these interests can quickly become contentious.

In a country where the whole PPRO to Nigeria Police Force, is obstructing investigation and threatening, the Investigation Police Officer to back out of the truth, dictating what should be in the report and deciding where they should prosecute, where Muyiwa Adejobi is everywhere blocking protest petition, misleading the IGP Management of the fact of the case, to shelve the defamatory experts from Investigation.

Nigeria public space, was agog with a defamation of character of Hon. Audullahi Saheed Mosadoluwa, and that of Chief, Ms Folasade Balogun in which one Adeyinka Igbinoba, the acclaimed journalist, leveraged on a surgery video, to mislead Nigerian Journalists, in order to start writing libelious news, about those who she accused of Fraud, Forgery, Attempted Murder and Bodily Harm Injuries, which are all nothing but false accusation. If it’s not false, where is the video of Saheed Mosadoluwa shattering her legs, which Adeyinka Igbinoba claimed to have saved on cloud.

Let us look at it from the first accusation of fraud of 30 million Naira, in which Adeyinka Igbinoba claimed Hon. Audullahi Saheed Mosadoluwa (Mr-Ibile), defrauded her and her conspirators Abdul Abiodun of Keshab Properties, and Olubunmi Okoror. The duo in their script of defamation of character, approached to purchase a parcel of Land, from Harmony Gardens and Estate Development Limited, a company belonging to Mr. Ibile, through one Kola Opeodu, who is acquitance of both Babatunde Olalere Gbadamosi and Mr-Ibile, and the transaction was concluded at 120 million naira, in which Adeyinka and her sister deposited 30 million naira, and pledged to pay the balance of 90 million Naira, within 2 weeks before taking pocession. Rather than perfecting their obligations in completing the payment, Adeyinka Igbinoba called directly the owner of the company, Mr-Ibile to demand for a refund of the deposit, threatening that he will find himself to be prosecuted by EFCC. She claimed that their second check of investigation, revealed that the land Certificate of Occupancy, given to them was forged. Due to these claims, EFCC and the Nigeria Police therefore, wrote to the Lagos State Land Bureau who confirmed that, the C of O was geniue and that the C of O was issued to Chief Daramola of Agidi-Ogun, who sold 15 hectares to Mr-Ibile, through his company Harmony Gardens. ACP Musa of IGP Monitoring Units, double standard police investigation report, even confirmed that the allegation of fraud, to be false which amount to given police false information, on the part of Adeyinka Igbinoba, but the Nigeria Police Force is trying to look away. Adeyinka Igbinoba, the defamatory daughter of jazzbell, has misled some Nigerian Journalists to commit criminal libelious.

Defamation is a false statement, that injures another person’s reputation. Libel (written falsehoods), and slander (spoken falsehoods). Where is the fraud here now, if the Land Bureau through her reports has confirmed that the C of O, used by Hon. Audullahi company to sell the land is a geniue title?

The media may enjoyed the privilege defense, because sometimes, a defendant can overcome a defamation claim, by asserting a privilege defense, but the law will also query Journalists on the ground sense of balancing, that may warrant a journalist to enjoy the privilege, which can exempts the speaker, or the fellow written them from liability for defaming another person.

As journalists, you are to weigh in the two types of defamation privilege: absolute privilege, and conditional (or “qualified”) privilege, to see if what you are about to write or say on behalf of anyone, presenting it to us not to fall to start defending libelous, cyberstalking cases in future.

Adeyinka Igbinoba, Biodun Abdul, and Mrs. Okoror are children of Mrs. Olusola Abdul Beckley, who may unknowingly not understanding her children defamation of character business, with Babatunde Olalere Gbadamosi, or may also be part of the people, expecting to share from the proceed of delusional Babatunde Olalere Gbadamosi, pledged of one house for each of the conspirator, at Amen Estate once they succeeded in imprison Ibile and Mummy Amen.

Allegation of attempted murder, in which police has also admitted in their concocted report, that it has no evidence, but still recommended that, Saheed should be charged to court, for grievious harms to bodily injury, base on circumstantial evidence that probably the Igbinoba, falls within the corridor of Mr-Ibile’s company, while the Adeyinka claims that she has a video saved on the cloud, how Mr-Ibile broken her legs with carved wood. The police conniving with some officers of Attorney General of Lagos, to buttress their evidence to court, on the voice note of altercations where Adeyinka, her mother and her siblings voice with Mr-Ibile, could be head and the mother claimed through her statement to the police, that she did not know when Mr Ibile broke her daughter’s legs, till after 45 minutes while she was still sitting in the office of Mr Ibile.

Adeyinka Igbinoba, should play the video showing where Mosadoluwa butchering her legs, which she boasted to have saved on cloud during Dr. Kemi Olunloyo Twitter Space.

In a country where the Police Investigation report, was dictated to the I.P.O, SP. AKIN OGUNDILE and the Head of IGP Monitoring Units, one ACP Musa Ibraheem, by the negotiator of a defamatory investigation report, hiding under the influence of being the PPRO, who is solely working base on the promised of a building, at the Amen Estates by the sponsor of defamation character, who is no other than a political jinx, Babatunde Olalere Gbadamosi, who was still nursing his bitter divorced with Ms. Sade Balogun, who happened to be one of the accused.

Court treat the overlap between the amendment and defamation laws delicately, by looking at the facts of each particular case, but in a case where the officers of Attorney General of Lagos State, has been incorporated in the promised of a mansion at Amen Estate, once he can prosecute Hon. Audullahi Saheed, and Chief Ms Sade Balogun, (Mummy Amen) at all cost, against the principles of law but some officers of the law, who are misleading both the I.G.P and the AG Lagos State, can not buy the reality again because of the fear of loosing what Babatunde Gbadamosi, promised them in executing of the malicious prosecution at all cost.

We have find ourselves in dire situation, where the law enforcement officers, and those who are saddled to uphold the rules of law, can not just do their job without the fear of media harassment, gender sentiment, most especially when there is a lucrative offer, like that of a house at Amen Estate, for just writing a frivolous report for the DPP Lagos to charge them to court.

Absurdity! If the Attorney-General officials, saddled to protect the dignity of a whole state, can be bought cheaply and want to rely on a concocted police investigation report of SP Akin Ogundile, and ACP Musa of IGP Monitoring Units, that has confessed that they are both working under instruction of the CSP Muyiwa Adejobi, who also initiated CSP Egwu of the CP Legal, to just write and send the baseless report to the AG Lagos to prosecute at all cost.

The same AG office that was just accused of forging a Police Investigation Repor,t to prosecute at all cost in another case just last 3 months, i wonder if we are truly safe in relying that there is officers of law in Lagos State.

We are not unaware of the fact, as boasted by Babatunde Olalere Gbadamosi, who is boasting everywhere that, they have also finalised with the AG officers, to draft in a judge that will remand the duo of Mr-Ibile and Mummy Amen, on a triumph charges of Bodily harms, and likely conduct prosecution at all cost, because the accused person has been challenging that, the IPO and the teams are parties to the case, and they can not investigate the case with 4 different cases already in court of law.

Adeyinka Igbinoba confirmed to the media that the duo of SP Akin Ogundile, and ACP Musa are the ones that assembled lawyer for her in Abuja, and that it’s the lawyer who demanded that Hon. Audullahi Saheed must pay 500 million Naira to Adeyinka Igbinoba, before Mummy Amen could be released from Muyiwa Adejobi, ordering of detention but finally got one million Naira, before the I.P.O, SP Kolajo Ogundile, show up to release Mummy Amen on bail with condition that Saheed Mosadoluwa, must pay back the 15 million Naira balance, not considering the fact that their agent, Kola Opeodu, has gotten 1.5 Million Naira commission, and also pay 5 million Naira as for bail/compensation in which the I.P.O, collected to his personal account in a bid to set Saheed up, by claiming Saheed paid money in form of admission to the false accusations of broken Adeyinka legs.