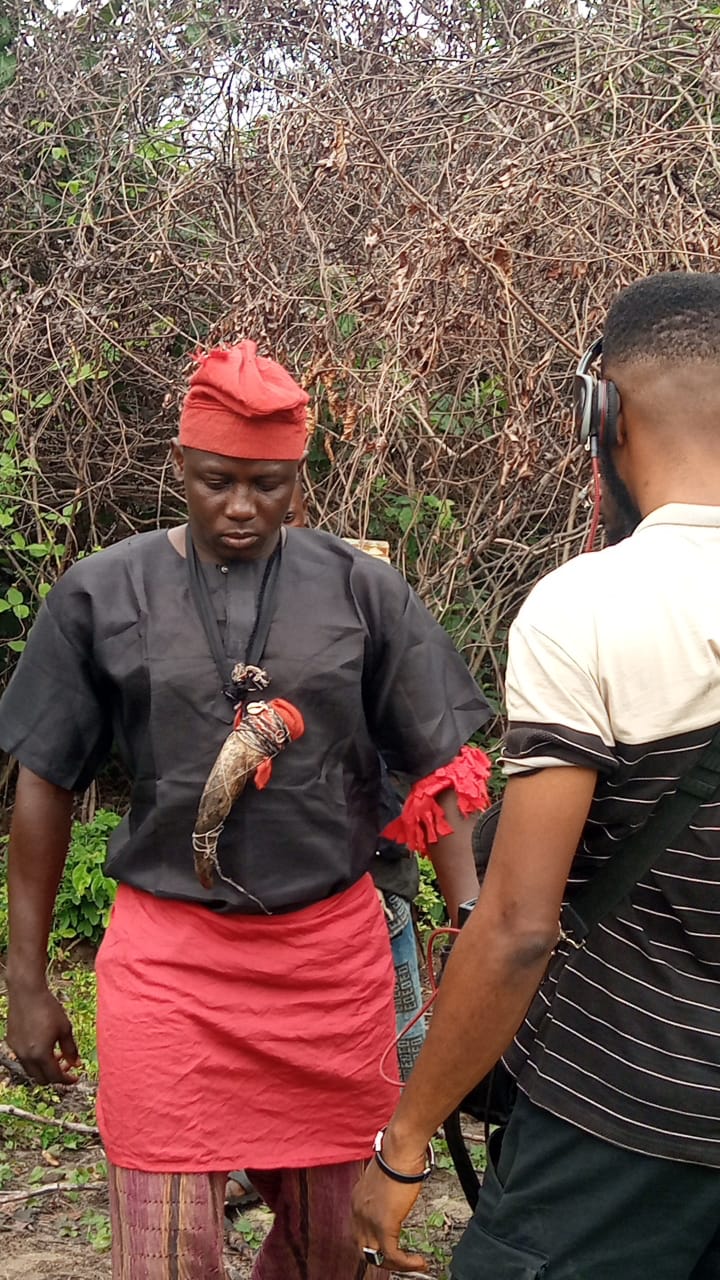 This standout movie with a gripping storyline was produced by a hardworking journalist and one of the industry’s most creative minds, Gbolahan Adetayo.

Have you heard of the new wave-making movie titled, ‘Olakitan’? It’s the new Yoruba movie that’s making quite some impact in the industry right now. The movie features top stars such as Lateef Adedimeji, Madam Saje and a host of others. As of last week, after just a few weeks of its release, it’s recorded close to 100k views on Youtube.

This is not his first movie production. He ventured into the business of movie-making years back and produced his debut movie, ‘Aala Ife’ which also did reasonably well. Encouraged by the modest success of Aala Ife, Gbolahan, who was one of City People’s strongest editorial hands, has gone on to build an impressive stable from which his movies are now produced.

Last week, City People’s Senior Editor, WALE LAWAL (08037209290) got Gbolahan to speak about Olakitan and reveal the pain and inspiration behind the compelling storyline that everyone is talking about.

Olakitan is a movie that talks about a young man, who forcefully brings his friend who lives abroad back into the country for property investments but his selfish desires in the acquisition eventually ruin his life. Meanwhile, this is a total stranger he met on social media.

And what inspired the storyline?

The truth of the matter is that I lost my sister in 2018, her name is Olaitan Rachael Adetutu Adetayo Sorinola. She is someone I loved so much. I had a baby girl in November 2019, whom I named after my sister. So, I was thinking on a script to do for my late sister in her memory, I wrote Olaitan Obinrin Ogun, a fantastic and multi-million naira movie which at the moment, I don’t have the money to shoot and I don’t like taking loans. My heart was heavy to do a movie in her name. On that faithful day, I wouldn’t know if I was sleeping or I was in a trance, she appeared to me and she narrated the storyline, and titled it Olaoluwakitan. They killed me thinking that I have gone but I am back through you. Then my wife was pregnant. So, when she put to bed, I named the baby girl after her and shot the movie the following year. This was the reason I called it Olakitan. They succeeded in killing her in her first lifetime but now, she’s Olakitan Obinrin Ogun. Watch out for that movie from my stable

That’s very deep. So, did you write the storyline and put the script together yourself?

Due to my primary job as a journalist, I was busy with my journalism duties, I couldn’t script it myself, so I spoke with a scriptwriter on phone, his name is Femi Adefioye. I narrated the story to him and after a week, my script was ready. I shot the movie on September 20th 2020 but it’s rather unfortunate that the movie couldn’t hit the shelves until a year and three months

Why did it take so long after the movie was shot before it was released into the market?

Initially, I planned to release the movie two weeks after the production, but the editor messed himself up. He lost the audio and he couldn’t tell me, he used camera audio and of course, that will automatically produce noise. The guy was using it as an opportunity to extort me until I got furious and I gave the job to another reliable and credible editor

Olakitan paraded quite an impressive assemblage of star actors. Give us a roll call of some of the top actors that featured in the movie.

You said you had difficulty raising money to shoot the movie, how then were you able to attract such high profile stars if you had a very lean budget for the movie?

Olaitan Obinrin Ogun is another film entirely, which I may probably produce before December 2022. It is a big-budget movie with almost 4 parts. Back to the question. Any actor who has ever featured In any of my movies will confirm to you that I have never worked with them without paying despite my closeness with virtually all of them and my status as a journalist promoting some of them when they were still upcoming. Now, how do I work? Every movie from my stable must have a budget, after that, I will send the script and money to the director. He will be the one to coordinate, invite the actor, pay them and direct the job. I have never for once call an actor by myself and negotiate with him before he appears in my films. The reason is that I respect myself a lot and I don’t take nonsense from anybody, no matter your rank. Till tomorrow, I still see myself as a journalist, not a producer or actor. If I call them myself to feature in my movies, some of them may say they are already booked for that period. Now, two things are involved in that lie. The first one is that, if they tell me the actual amount they wish to collect to feature in movies which is totally different from what we read on pages of newspapers, they believe that I may publish it as a journalist. Secondly, because of our relationship, they wouldn’t want to give me their fee, they will rather say I am not available for that date. So, I took the decision of not inviting or negotiating with any actor in 2017 when I produced my debut flick, Aala Ife.

Why did you go into movie production?

I am blessed with story ideas. I normally write scripts and give them to some of my actor friends. Sometimes I lead the team when we do script conferences. I did one for an actress who is now a star. She produced the film and obstinately refused to include my name as part of the film’s creative team. She was to credit me by saying story by or screenplay by Gbolahan Adetayo simply because as at then, we were at loggerheads. I was furious. Meanwhile, Aala Ife script was ready. I already planned the script but based on what she did, I changed my mind. I called my friend cum director, Okiki Afolayan, I asked what it would cost me to produce a movie and he told me. I gave him the script and I transferred the money to him. Today, the rest is history. Use the link below to watch the movie for free: