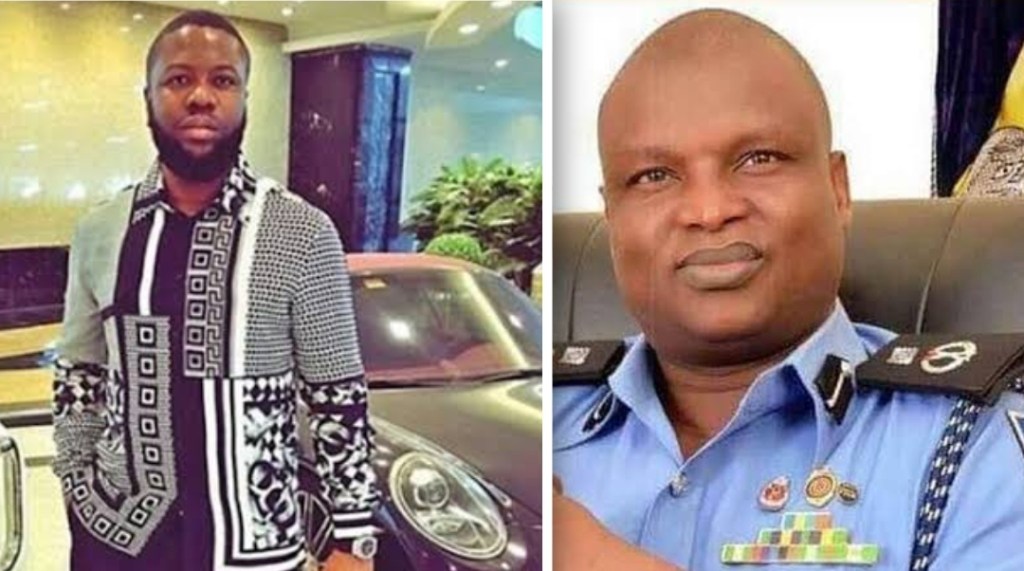 Federal authorities in the U.S. have been investigating Mr Abbas and his co-conspirators after their syndicate was busted in Dubai, New York and other top cities last June. Officials said in court filings that Mr Abbas disclosed during interrogation that he paid bribes to Mr Kyari, a deputy police commissioner, to have one of his rivals arrested and jailed in Nigeria following a dispute over a $1.1 million dupe of a Qatari businessperson.

Mr Kyari did not immediately return calls and messages seeking his response to Mr Abbas’ claims when reached by The Gazette on Thursday morning.

Mr Abbas asked Mr Kyari to arrest and jail a fellow fraudster Kelly Chibuzor Vincent after both were locked in a dispute presumably over how to share the $1.1 million loot received from the Qatari businessperson. Mr Vincent subsequently contacted the victim and informed him that he was being scammed by a syndicate involving him and Mr Abbas.

This elicited anger from Mr Abbas, who contacted Mr Kyari to arrest and jail his rival over the dispute. Mr Abbas said Mr Kyari sent pictures of Mr Vincent in jail and subsequently sent his bank account number to Mr Abbas to which a wire transfer should be made having done a good job as sent by Mr Abbas.

“Court documents outline a dispute among members of the conspiracy, which allegedly prompted Vincent to contact the victim and claim that Abbas and Juma were engaged in fraud. After this contact, Abbas allegedly arranged to have Vincent jailed in Nigeria by Abba Alhaji Kyari, 46, of Nigeria.

“According to the affidavit, Kyari is a highly decorated deputy commissioner of the Nigeria Police Force who is alleged to have arranged for Vincent to be arrested and jailed at Abbas’ behest, and then sent Abbas photographs of Vincent after his arrest. Kyari also allegedly sent Abbas bank account details for an account into which Abbas could deposit payment for Vincent’s arrest and imprisonment,” U.S. Justice department said in a statement.

“Approximately $230,000 of the stolen funds allegedly were used to purchase a Richard Mille RM11-03 watch, which was hand delivered to Abbas in Dubai and subsequently appeared in Hushpuppi’s social media posts.

“Other illicit proceeds from the scheme were allegedly converted into cashier’s checks, including $50,000 in checks that were used by Abbas and a co-conspirator to fraudulently acquire a St. Christopher and Nevis citizenship, as well as a passport for Abbas obtained by creating a false marriage certificate and then bribing a government official in St. Kitts,” officials said.

Mr Abbas pleaded guilty to multimillion-dollar fraud earlier this month and faces up to 20 years in jail. He will be sentenced in the coming weeks and will forfeit some of his assets and his rights to appeal while also paying restitution to victims of his years-long fraud.

Mr Kyari has long grabbed media accolades as a no-nonsense cop who brought sanity to violent but lucrative crimes in Nigeria, including kidnapping and armed banditry.

He received an accelerated promotion for his exploits. But critics have repeatedly warned that his tactics had become increasingly brutal, opaque and corrupt.

In 2018, rights group Amnesty International accused Mr Kyari of illegally depleting assets of a suspected criminal after his team shot the man dead on the highway. Collins Ezenwa’s wife at the time said Mr Kyari and his team withdrew money from her late husband’s bank account and pocketed millions in accommodation proceeds from his hotels.

Mr Kyari denied corruption amongst his team but did not categorically address the allegations of the Ezenwas.

At about the same time as when Mr Abbas was arrested last June in Dubai, Mr Kyari was honoured by the Nigerian House of Representatives, with lawmakers praising him for his diligent and incorruptible service to the nation.