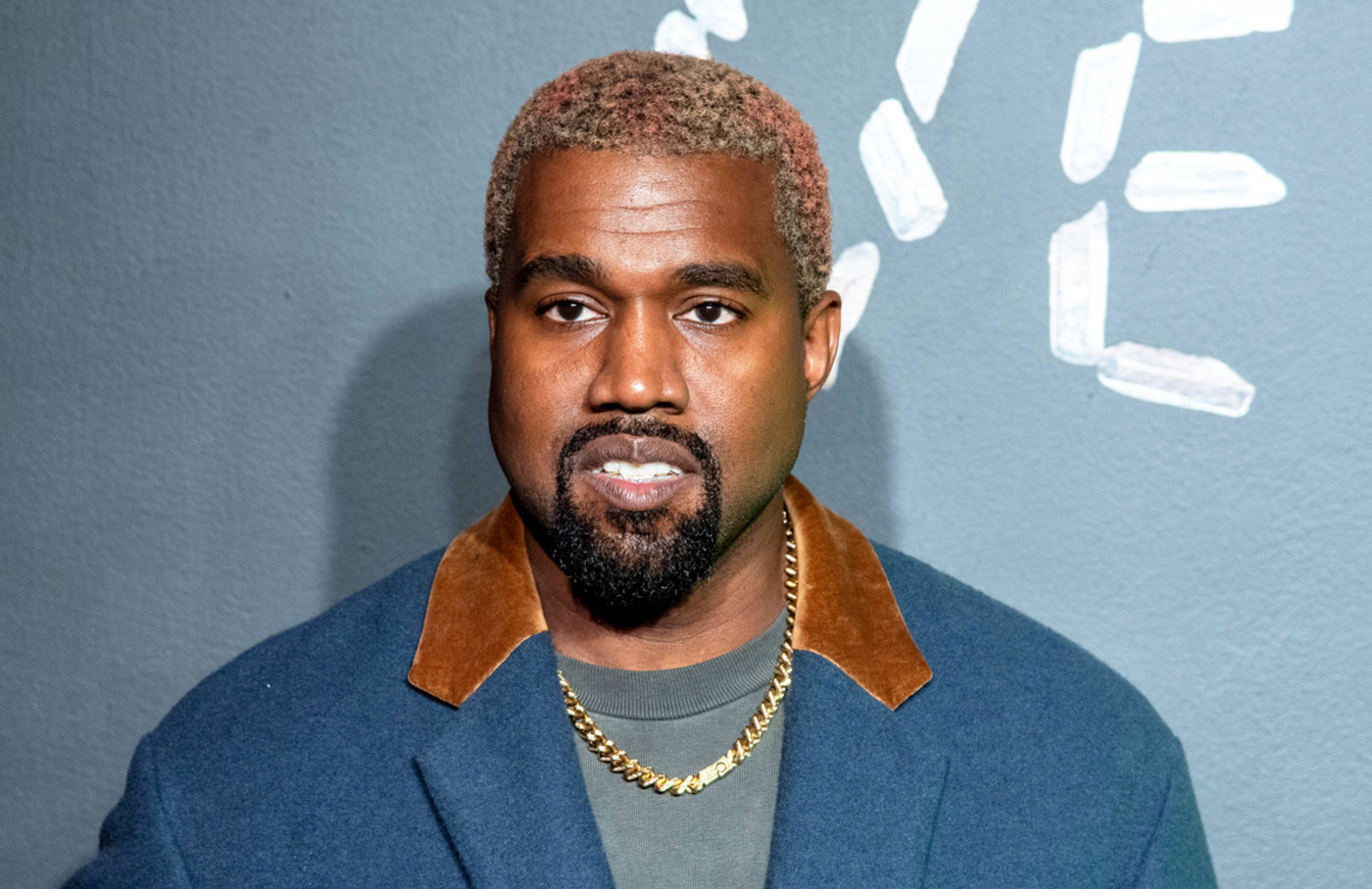 On Thursday September 1, the Donda rapper stated on Instagram that he enjoys watching X-rated movies, a practice that led to the termination of his marriage to Kim Kardashian.

“Don’t let Kris make you do playboy like she made [Kylie] and Kim do.

“Hollywood is a giant brothel Pornography destroyed my family I deal with the addiction instagram promotes it Not gonna let it happen to Northy and Chicago.” 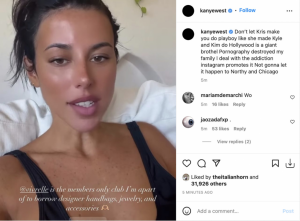 The snap of Villarroel was one of many the rapper uploaded on Thursday. West also shared various text messages via Instagram that seemingly discussed where his children — North, 9, Saint, 6, Chicago, 4, and Psalm, 3, whom he shares with Kardashian, 41 — would go to school.

He called out his former mother-in-law, Kris Jenner, as well as Hillary Clinton, Mark Zuckerberg and Charlamagne tha God, who he has feuded with in the past.

In his first post, West greeted “Hilary” and “Mark” telling them that they were “gonna take me off Instagram.” He also wrote, “My kids going to Donda / They not going to [their school] / Charlemagne the God and Kris / get your motherf–king popcorn.” 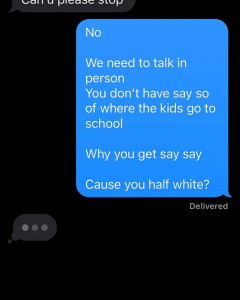 In a second post, he shared a screenshot of his text messages where an unidentified person (presumably Kardashian) asked him “to stop.”

“No, we need to talk in person, you don’t have a say so of where the kids go to school. Why you get say say? Cause you half white?,” he responded. 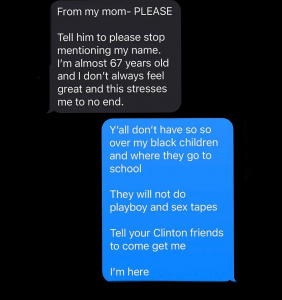 Amid their conversation, she told him that her mom was asking him to “please stop mentioning” her name.
Since 2019, West has been publicly slamming Kris for allegedly trying to “lock him up.”