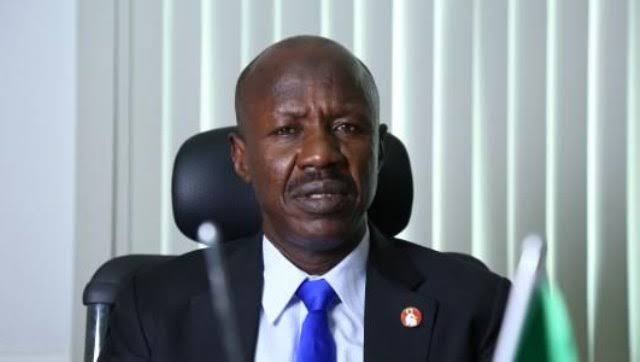 Corrupt Nigerians and profligates who had milked out the country in the past, knew for a fact that from 29 May, 2015 when President Muhammadu Buhari was sworn in, that an abrupt end had come to their dark enterprise. It was not going to be business as usual.

Until his swearing in, fiscal prudence had been thrown out to the wind, indiscipline, waste and syphoning of public resources were the day's order.

Corruption in it's many classifications, transactional, institutional, extortive, local, national and international corruption.

As well as representational, grand and petty corruption had all taken roots in the system.

Before now, corruption had a sense of entitlement in the country. It was the normal both in the public and private sectors.

Looters had a field day in Nigeria synonymous with the one that mice enjoy, in a household where the owner was away.

President Buhari, not losing sight of the mess his administration had inherited, knew the country needed constant purge and system overhaul.

The past five years in the life of the President Buhari's administration had seen him deploy policies, legislative and institutional frameworks in the war against anti-graft.

A major clamp down against corruption commenced in 2015, when President Buhari re-jigged the headships of key Federal Government's agencies including Economic and Financial Crimes Commission, the Nigerian Police Force and others. 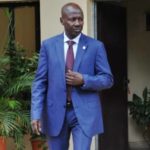 A dispassionate look at Magu's journey, so far, as Ag. Chairman of EFCC, leaves no one in doubt with the crude courage with which he takes anti-corruption fight in Nigeria to hitherto unmapped territories.

Magu has shaken the unshakeable, pummeled into quandary cartels and ivory towers within the system that were hitherto untouchable.

EFCC has secured some worthy of note
interim or final forfeiture orders against some of these looters.

While naysayers have without facts tagged his fight against corruption as selective witch-hunting, it amounts fallacy of hasty generalization to realize that even members of the ruling party, APC, with questionable financial integrity had been made to kiss the dust.

Under the leadership of Magu, EFCC has secured conviction as the courts have prosecuted - some cases are being reviewed - three former governors; Joshua Dariye of Plateau State, Nyame of Taraba State, and Orji Uzo Kalu of Abia State.

Some of the major uncovers made by Magu include, how security money approved by the immediate past government for arms purchase, allegedly domiciled in the former National Security Advisers Office Col. Sambo Dasuki (Rtd.) was utilitised.

First, a probe panel was set up by the Federal Government and it's report revealed that the sum of $2.1billion was released by the Central bank of Nigeria to former National Security Adviser to former President Goodluck Jonathan, Col. Dasuki (Rtd.) for arms purchase but the money was allegedly diverted, used and shared amongst PDP bigwigs and their cohorts as campaign money during the 2015 Presidential
elections.

This revelation set the tone for the investigation, arrests and prosecutions of individuals allegedly connected to the loot, both directly or indirectly.
Read Also: Five Years Of Buhari: New Nigeria Collective Reviews President’s Score Sheet

Another audacious achievement in investigation was the December 2019, extradition of former Attorney General and Minister of Justice Mohammed Adoke, with the assistance of Interpol, to face prosecution for over $2 billion Malabu oil deal, that has been described as the biggest oil deal in the world.

So far, nearly 3000 convictions have been secured by the Magu led EFCC.

The whistle blowing scheme initiated by the Federal Government has helped the EFCC to recover billions of dollars hidden away by looters.

Some achievements through this scheme was the discovery of $9.8 million hidden in the slums of Sabon Tasha, Kaduna, allegedly belonging to Dr Andrew Yakubu, Former Group MD, NNPC.

Others were the inception of 250 million dollars in various currencies starched away at a popular textile market in Lagos.

Another was the sum of 500 million uncovered at a shopping mall in Victoria Island, Lagos.

The uncovering of starched cash in local and foreign currencies on the seventh floor of the Osborne Tower in Ikoyi, Lagos.

Looters who constantly feels threatened by the anti-graft war of Magu have tried by all foul means to soul his reputation, by sponsoring articles on national dailies to assassinate his character and incur resentments against his person, but the upright Magu would never shift grounds.

The tactful by the 8th National Assembly to refuse to substantiate Magu as the Chairman of the EFCC has been said to be sinister by pundits.

Maybe, because Magu before being appointed as Head of EFCC was made head of the highly sensitive Economic Governance Unit, EGU, which handled the investigation of senior public officers and spareheaded investigation of several cases including the involvement of former Senate President Bukola Saraki in the collapse of Societe Generale Bank of Nigeria.

Most of the lawmakers facing financial crime charges in court in which majority of them were former governors who stole from their respective states as governor for eight years were in the National Assembly fighting Magu's confirmation because of his firmness and support for Mr. President, Muhammadu Buhari's anti-corruption stance.

However, like a solid rock, Magu remains unwavering, instead, he was quoted by a medium as saying his delayed confirmation does not call for concern, rather instead it is evidence that he is doing a good job in the 'anti-corruption environment.'
Critics have shown indignation as to why President Buhari will continue to retain Magu even after the National Assembly refused to confirm him.

However, their opinions not withstanding, Buhari has continually stood behind Magu because of his apparent demonstration of transparency and accountability in his functions and especially in managing recovered assets.

The Badge of Anti-corruption Crusader On Buhari
In January 2018, at the 30th African Union Meeting in Addis Ababa, Ethiopia, President Muhammadu Buhari was named the African Unions Anti-Corruption Year Champion. Pundits at the time applauded the honor as well deserved, however, this is only so because the poster boy for anti-graft war is doing an incredibly commendable job.
Magu is the reason President Buhari earns high marks in the war against anti-graft.

The days ahead hold promises for the courageous anti-graft crusader, he keeps receiving commendations both locally and internationally.

Magu is indeed a product to be proud of any day, and at anytime.