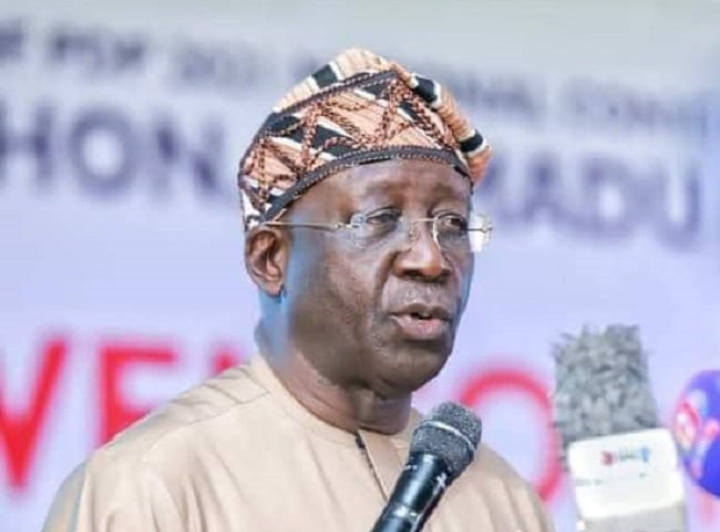 A Chieftain of the Peoples Democratic Party, (PDP) Kano chapter, Hashim Suleiman Dungurawa has called for the resignation of the national chairman of the party, Senator Iyorchia Ayu over alleged incompetence.
This is just as he disclosed that “We in Kano PDP have concluded arrangements to serve the national chairman with a notice of a vote of no confidence, because worst of all is his decision not to obey court orders in respect of the ongoing party leadership tussle in Kano PDP.”

Earlier, during an interview with the Resident Electoral Commissioner of the state, Professor Risqua Shehu, he disclosed that the INEC will only recognize the Congress the body participated in, and not a parallel one, which automatically was the one held by the state chairman of the party which produced Alhaji Muhammed Sani Abacha.

However, in a recent announcement of the INEC, the name of Alhaji Muhammed Sani Abacha was missing, while that of Sadiq Wali was pasted on the name of respective party governorship candidate.

According to him, the national chairman of the opposition party has failed to reconcile aggrieved party units.

He said that the Ayu-led leadership could not heal the wounds of the party, but rather has further strangulated the strength of the party.

Buratai Conferred With ‘Are Balogun Agba’ of Owu-Kuta Kingdom

Dungurawa, who is the factional vice chairman of the PDP, Kano north noted that since assumption of office as the national leader of the party, Ayu has further deepened the internal crisis ravaging the PDP.

Speaking in Hausa, on a political program on a private radio station in Kano, he said “the national chairman of our party, is static and stagnant in his style of leadership.”

He noted that “since he took over the leadership of our party, he has not consulted widely, he has not thought it wise to travel around the country to meet with leaders and members of our great party to have a wide view of the true situation in the party.

He also added that “His style is not worth how to run a great party like PDP. He stays back in the house or goes to the party office when it suits him, he is not in touch with the realities surrounding our party.”

He further said “Ayu was democratically elected as leader of our party, but with what we have seen and what is now happening, we are appealing to him in the name of God to resign his office to save our party from destruction.”