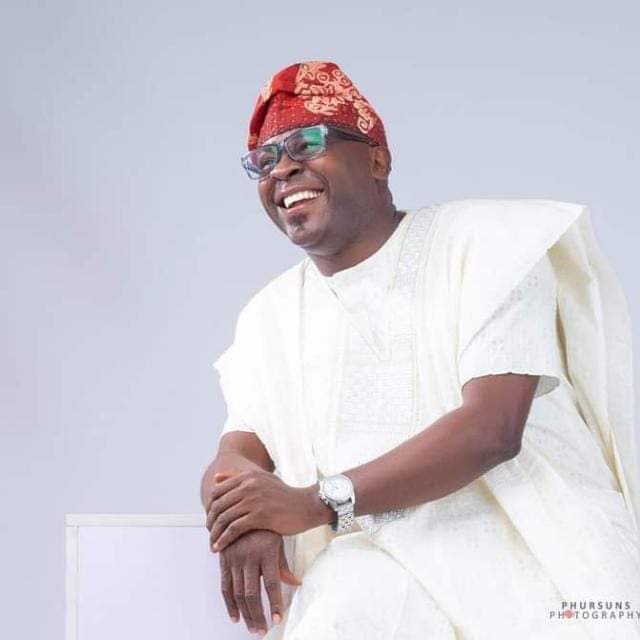 In a bid to strengthen grip on southwest, the National leadership of Labour Party has appointed Mr. Kayode Salako as Lagos State Chairman of the party.

In a letter sent to the Independent National Electoral Commission (INEC), the party said the appointment is in consideration of the expiration of tenure of the current Caretaker Committee in Lagos State, vis-à-vis the state of affairs of the party and conscious of the urgent need to reposition the party in the state for effective service, has resolved to appoint a Caretaker Committee for Lagos.

The letter which read in part further said, by this appointment, they are expected to provide effective leadership for our Party, by ensuring its growth and development in terms of membership drive, providing a voice for the voiceless, canvassing alternative government policies in line with our philosophy and ideology as well as prepare the party for the extraordinary convention of the party, which shall be coming up in few weeks time.

Kayode Ezekiel Salako is a political analyst, educationist, human rights crusader and grassroots political titan of many years in the country. The audaciously brilliant proprietor of Bosworth International Schools, is the husband of Nollywood thespian and movie producer, Fouke Daramola Salako.

Kayode, no doubt, is a square peg in a square hole; he has the drive and requisite intellect to drive Labour Party to consciousness in Lagos State, across the southwest and beyond.

At a time when its becoming obvious that the Labour Party, as the national third force political party, is all set to benefit the 2023 general election with the leading two political parties engulfed with credibility problems, it is a wise decision by the party to cash in on vibrant and industrious youths and prime age Nigerians to drive its campaigns across the country and work to build its structures, which is expedient for the task of the general election ahead, and Kayode Salako is one of such credible, prime age, youthfully hearted and resourceful politicians around.
Some executive members appointed alongside Kayode Salako and communicated to INEC are Chief Seyi Sowunmi, Deputy Chairman; Engr. Adeola Adebanjo, Deputy Chairman; Mr. Lanre Adenuga, Deputy Chairman; Mr. Ayinla, Deputy State Chairman; Chief Tony Obi, Deputy State Chairman; Mrs. Olubuni Odesanya, Deputy Chairman and Mr. Lanre Adenuga, Deputy Chairman.

The appointment according to the letter signed by the party’s National Chairman, Barr. Julius Abure and National Secretary, Alhaji Umar Faroul Ibrahim, is for three months in line with the provision of the partys constitution.