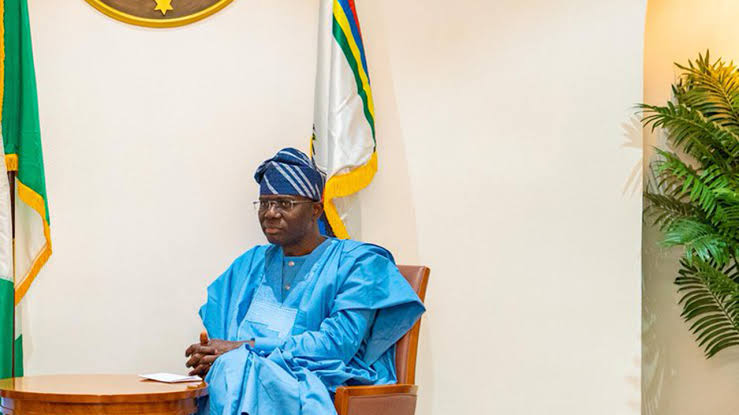 Special Adviser to the Lagos State Governor on Civic Engagement, Princess Aderemi Adebowale has revealed that the Lagos State Government fed 11,965 pupils in primary schools in the last one year through a pilot programme tagged: ‘Snacks For Thought’, as part of efforts to ensure that pupils in Lagos public schools are well catered for.

Speaking at the Y2020 Ministerial Press Briefing in commemoration of the first year anniversary of Governor Babajide Sanwo-Olu’s administration at the JJT Park, Alausa, Ikeja, on Wednesday, Adebowale said the pupils, drawn from Crèche and Primary four to six were fed, through the programme, to complement the Home Grown School Feeding Programme of the Federal Government which covered only pupils in Primary one to three.

Adebowale added that this was to ensure that that all primary school pupils in Lagos State partake in the school feeding programme held in Lagos Island Local Government where 33 public primary schools, with a total of 11,965 pupils participated in the one-week exercise.

The Special Adviser informed that the importance of the initiative could not be over-emphasised as the feeding programme was aimed at improving memory retention of lessons learnt by the pupils, school attendance and academic performance as well as serve as an incentive for higher enrolment and regular participation by pupils in public schools.

She added that as part of the social inclusion programme, the Office introduced and organised a financial assistance programme with a business component labelled ‘EKO CARES’ (formerly known as Sanwo-Olu Cares), with the theme, “Go Forward, Grow Lagos”.

Averring that the programme was directed at empowering the vulnerable people in the State, the Special Adviser said the initiative involved providing financial assistance up to N20,000 per beneficiary, partly in cash and partly in the form of micro-investment.

In her words, “During the first phase of the programme, some Fast Moving Consumer Goods (FMCG) companies were on hand to provide instant investment in micro-distributive trade by supplying their goods to the 2000 beneficiaries. The essence of this was to have a populace that can feed themselves, contribute to the development of the State and promote a stable and secured society”.

“While no efforts would be spared at creating understanding and support for the various programmes and policies of the State government, particularly the T.H.E.M.E.S Agenda, our efforts at promoting civic responsibility of the citizenry will not be relented as it is central to the attainment of a Greater Lagos”, she added.

Speaking on the “National Democracy Day”, Princess Adebowale said it is common knowledge that Lagos State, in conjunction with the Democratic Coalitions, had been at the forefront of sustaining the celebration of June 12 in commemoration of the 1993 election which was adjudged to be freest and fairest election ever conducted in the country”.

She said during the period under review, the Office, on behalf of the State Government, organised the 2019 “Democracy Day” (June 12, 2019) with the theme “Democracy and Restoration of True Federalism in Nigeria”, adding that Lagos will continue to associate with all progressive forces by embracing democratic principles and ideals that would engender the wellbeing of Lagosians and attainment of a Greater Lagos.

The Special Adviser averred that the Office of the Civic Engagement would continue to work hard to ensure peaceful co-existence among the people of Lagos State, through meaningful engagement and amicable resolution of issues that could lead to the breakdown of law and order.