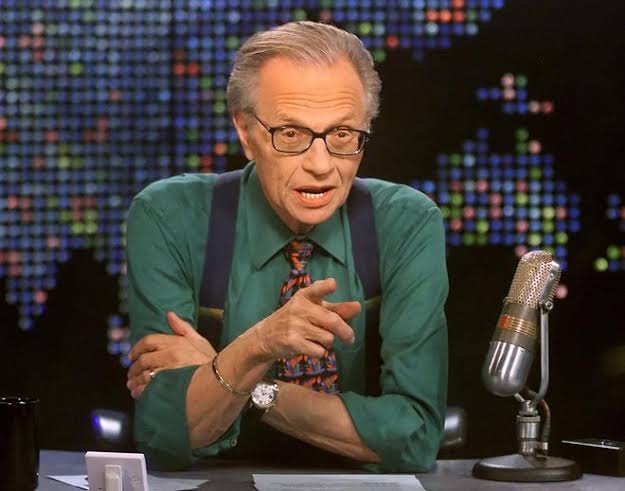 The iconic TV and radio interviewer Larry King died Saturday at the age of 87, his media company said.

Ora Media did not state a cause of death but media reports said King had been battling Covid-19 for weeks and had suffered several health problems in recent years.

King died at Cedars-Sinai Medical Center in Los Angeles, Ora Media, the studio and network he co-founded, tweeted. No cause of death was given, but CNN had earlier reported he was hospitalized with COVID-19.

A longtime nationally syndicated radio host, from 1985 through 2010 he was a nightly fixture on CNN, where he won many honours, including two Peabody awards.

With his celebrity interviews, political debates and topical discussions, King wasn’t just an enduring on-air personality. He also set himself apart with the curiosity be brought to every interview, whether questioning the assault victim known as the “Central Park Jogger” or billionaire industrialist Ross Perot, who in 1992 rocked the presidential contest by announcing his candidacy on King’s show.

In its early years, “Larry King Live” was based in Washington, D.C., which gave the show an air of gravitas. Likewise King. He was the plainspoken go-between through whom Beltway bigwigs could reach their public, and they did, earning the show prestige as a place where things happened, where news was made.

King conducted an estimated 50,000 on-air interviews. In 1995 he presided over a Middle East peace summit with PLO Chairman Yasser Arafat, King Hussein of Jordan and Israeli Prime Minister Yitzhak Rabin. He welcomed everyone from the Dalai Lama to Elizabeth Taylor, from Mikhail Gorbachev to Barack Obama, Bill Gates to Lady Gaga.

Especially after he relocated to Los Angeles, his shows were frequently in the thick of breaking celebrity news, including Paris Hilton talking about her stint in jail in 2007 and Michael Jackson’s friends and family members talking about his death in 2009.

King boasted of never over-preparing for an interview. His nonconfrontational style relaxed his guests and made him readily relatable to his audience.