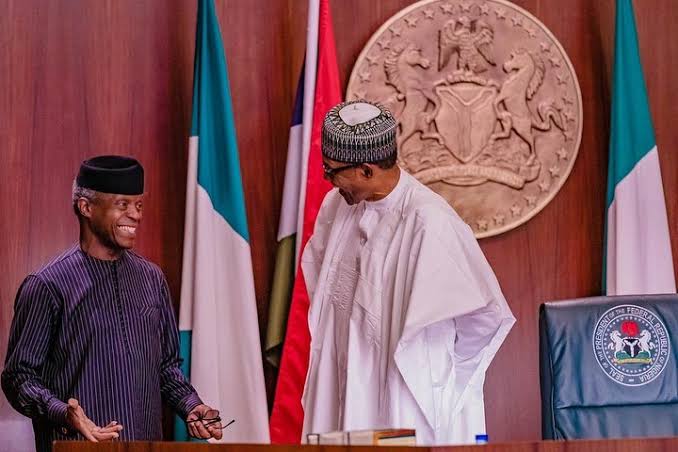 It is unnecessary for President Muhammadu Buhari to transmit power to the Vice President, Professor Yemi Osinbajo, the Presidency has said.

The Senior Special Assistant to the President on Media and Publicity, Garba Shehu, stated this on Tuesday when he featured as a guest on Channels Television’s Politics Today.

Next Read: Prices of Eggs, Tomatoes, others rose in February — National Bureau of Statistics

He explained that President Buhari has not contravened the laws of the land by not transmitting power to Professor Osinbajo while away from the country for a number of days.
“He (Buhari) will continue from wherever he is,” Shehu said when asked if the President had transferred duties to the vice president.

He added, “The requirement of the law is that the President is going to be absent in the country for 21 days and more, then that transmission is warranted. In this particular instance, it is not warranted.”

Hours before the interview, President Buhari departed the Presidential Villa for the Nnamdi Azikiwe International Airport in Abuja at about 2:30pm after which he proceeded to London for a routine medical check-up.

The Presidency had said the President was expected back in the country in the second week of April.

Before he embarked on the trip, President Buhari met with the service chiefs where he directed them to identify the leaders of bandits and kidnappers and take them out to restore confidence in the areas affected.

He stated that the criminals would no longer dictate the tone, adding that he was aware of plans by individuals who constitute themselves as authorities to undermine the efforts of the central government.

Since assuming office, the President has embarked on several trips to the United Kingdom to seek medical care, but he has not been to the country since the outbreak of the COVID-19 pandemic.

Speaking about his principal’s condition, Shehu stressed that there was no emergency for the President to travel to London.

He insisted that the President was not sick in any way, adding that it was just a routine medical check-up just as he had done in the past.