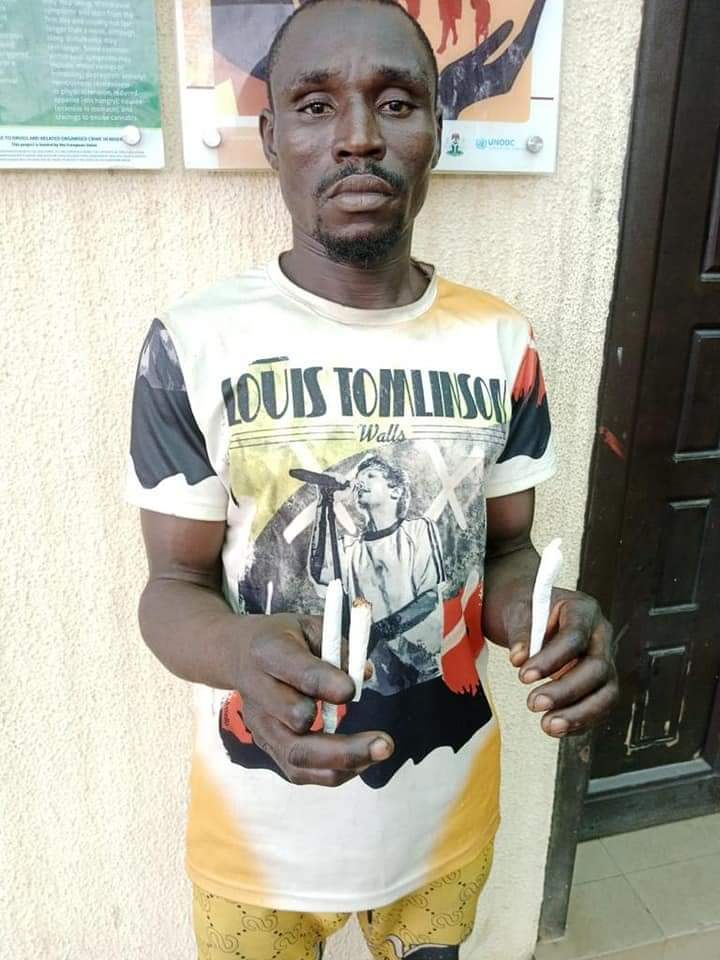 The National Drug Law Enforcement Agency has said that it has arrested one of the suspects, Suleiman Sidi, who escaped during the terror attack on Kuje prison, last Tuesday.

In a statement signed by the NDLEA Director, Media & Advocacy, Femi Babafemi on Monday, it was revealed that the suspect was arrested at a motor park in Abuja.

Part of the statement shared on their Facebook page read, “The fleeing terror suspect, Suleiman Sidi, was arrested in the early hours of Monday 11th July at Area 1 motorpark, in the Federal Capital Territory while attempting to board a commercial vehicle to Maiduguri, Borno state. When he was searched, three wraps of cannabis sativa were found on him.”

“During preliminary interview, the wanted terror suspect confimed he was remanded at the Kuje Correctional Centre for terrorism and robbery charges, adding that he was indeed one of the inmates who escaped from the facility last Tuesday.”

A check of the wanted list from the Nigerian Correctional Services revealed a Suleiman Idi with a resemblance to the suspect arrested by the NDLEA.