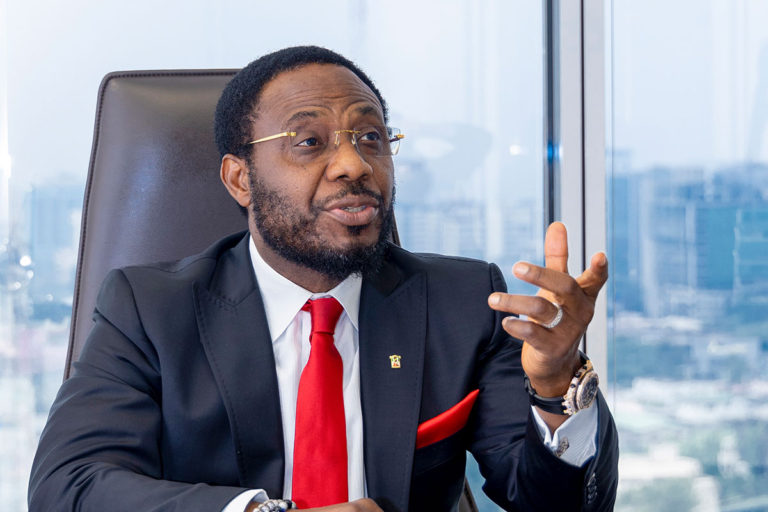 Dr. Ernest Azudialu–Obiejesi, Nestoil GMD, in this statement issues stern Pre-action Notification against those trying to defame his name and company.

Our attention has been drawn to fake and false news circulating on social media and some online news media, namely: Witnessngr, Newstrack, Idoma voice, Nigerian voice, Sayflexxyblocg, amcomrade, Globaltimesinternational, Naijaworld, Pejoweb, and newsdawnng, and others, alleging that Nestoil Limited and its Dr. Ernest Azudialu – Obiejesi, Group Managing Director (GMD) are the subject of an ongoing investigation by the Economic and Financial Crimes Commission (EFCC) for financial crimes and fraudulent activities.

Ordinarily, the Nestoil Group will not dignify such unscrupulous with a response given that the accusations are baseless, misconceived and malicious.

The correct factual position is that one of the bankers of Nestoil whose loan had been repaid by about 90%, had, despite a pending litigation with subsisting court orders of status quo, petitioned the Economic and Financial Crimes (EFCC) on the same matter but in the process made misleading allegations, which EFCC had later discovered as incorrect and misleading.

EFCC had further observed that there was indeed a pending litigation with subsisting orders of status quo made by the Federal High Court binding the parties (ie. Nestoil and the bank); the facility in question had evidently been restructured by the petitioner-Bank. EFCC consequently,directed the cleaning of the erroneous marking on the property at Ikoyi belonging to one of the affiliates of the Nestoil Group, thereby closing out the matter since June 2021, after openly warning the Bank for misleading the Commission with false allegations in relation to the loan facility.

Again, EFCC had noted that the subject matter of the petition was a purely civil involving a bank and its customer in the ordinary course of business and had no iota of criminality.

It should be emphasised that at no time did the EFCC take over the said Ikoyi property neither was it pledged as collateral to the Bank. Again, Dr. Ernest Azudialu -Obiejesi, was neither the subject matter of the petition nor the concluded EFCC investigation.

Similarly, Nestoil Tower located at Akin Adesola Street, Victoria Island, was neither charged to the Bank, marked by EFCC, nor formed part of the concluded investigation, as had been misrepresented in the mischievous stories.

Cease and Desist and Pre – Action Notice
Consequently, we demand that the following online media houses, namely: Witnessnger, Globaltimesinternational, Naijaworld, Pejoweb, and newsdawnng, who had been publishing various damaging, defamatory, injurious and disparaging stories, which appear to be sponsored by our detractors, and in the process resorted to criminal blackmail and extortion, to cease, desist and publish retractions with the same degree of publicity and intensity as their related stories.

Meanwhile, please note that your offensive and nauseating actions have both criminal and civil consequences under the law.

Failure to desist, cease and publish widely circulated retractions and apologies in respect of your aforesaid offensive publications within seven (7) days from date of first publication of this notice May compel us to initiate a criminal process pursuant to section 24 (and other relevant sections) of Cybercrimes Act 2015 and any other relevant Nigerian penal Laws in that regard. For the avoidance of doubt, the punishmentfor this offence under section 24(b) of the Cybercrimes Act is a fine of N7,000,000.00 Seven Million Naira) or imprisonment for a term of 3 years, or both.

This is without prejudice to our rights to seek substantial damages for defamation and injurious falsehood, which rights arereserved.

The publishers, reporters, transmitters of these offensive, incorrect and embarrassing stories, including : witnessngr, Newstrack, Idoma Voice, Nigerian Voice, Sayflexxyblocg, amcomrade, Globaltimesinternational, Naijaworld, Pejoweb, newsdawnng, and others, who appear to have been sponsored by some mischievous elements in the society, and their sponsors, are hereby warned to take notice and be guided accordingly, before it becomes too late, as we shall take firm and decisive legal steps, without any further recourse to them, if our above stated warnings and demands are not strictly adhered to.