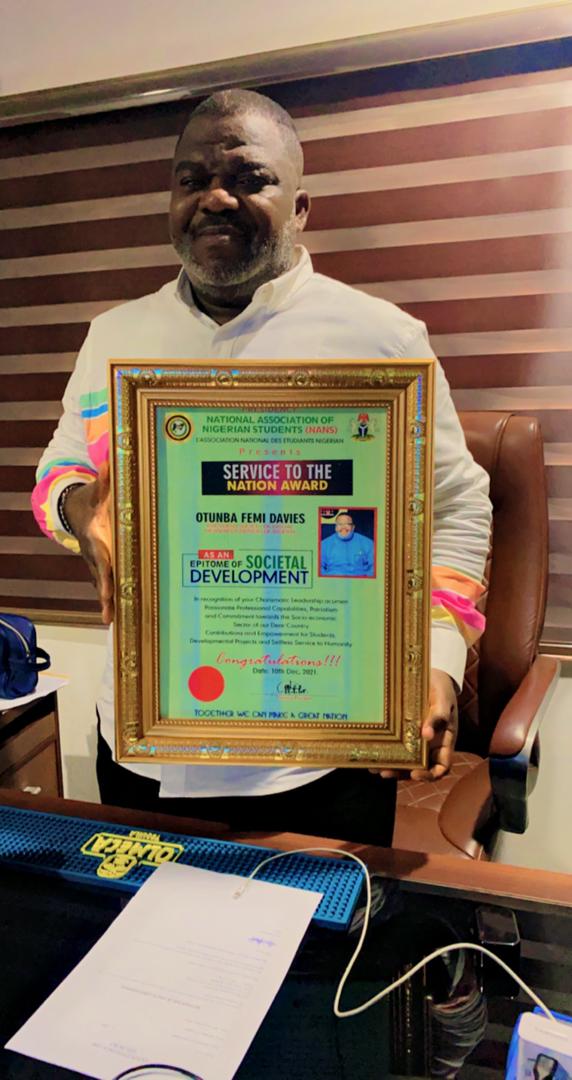 Respected Media Personality and President of Society of Digital Newspapers Owners of Nigeria, Otunba Femi Davies has been decorated with the laurel of Epitome of Social Development Award by the National Association of Nigerian Students.

Otunba Davies, who is also the Director of Operations at DUX FM and Publisher of Metronews Nigeria, was presented with the award at his Arepo office, Friday, December 10, by a four man delegation of NANS led by Oriyomi Oloyede, Deputy Senate President of NANS.

Speaking during the award presentation, Oloyede described Otunba Davies as a man of integrity and intellectuality, an icon and epitome of societal development.

Oloyede’s statement reads in part, “We want to appreciate our own man of integrity and intellectuality, Otunba Femi Davies, the president Nigerian Newspapers Owners of Nigeria, for his good works and hardwork for the betterment of our dear nation.

“Today, we present to you service for the nation award, because, all your works and achievements are about rendering service to the nation, as an icon and epitome of societal development, in recognition of your charismatic leadership opinion…”

Otunba Davies, in his acceptance speech, appreciated the NANS delegation for deeming him worthy of the award, he also promised to continue leading by example and also, to continue to contribute his quota to nation building.

Others in NANS delegation during the presentation were Showunmi Emmanuel Zonal Treasurer Southwest, Adebayo Shittu Director of Special Duties and Fayose Taiwo Director of Programme.

Journalist and Publisher of Newspie Gbenga Fatoye, was also present during the presentation. 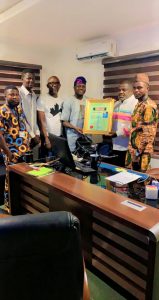