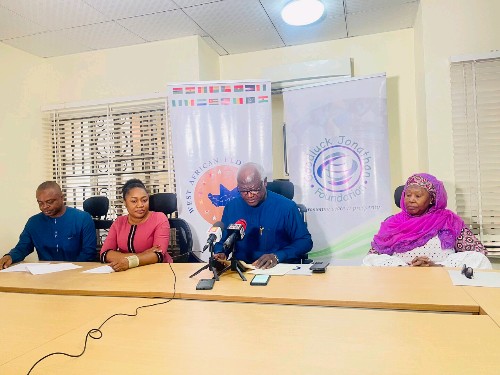 The West African Elders’ Forum (WAEF) says the successful conduct of the 2023 election in Nigeria will set a good example for other countries.

Ernest Bai Koroma, head of the WAEF pre-election mediation mission, said this on Wednesday at a news conference while presenting the forum’s post-mission statement in Abuja.

Koroma said the 2023 election is of great significance for West Africa and the entire African continent.

He said the successful conduct of the election will show the rest of the region that democracy has come to stay.

“We call on all Nigerians to exercise their rights to civic participation both before and during the coming elections without fear while also respecting the rights of others to do the same,” he said.

“Our region, West Africa, of late, has experienced some reversal in democratic practice with unconstitutional changes of government in some countries. At the heart of the instability within the sub-region are the issue of disputed elections and citizen disaffection.

“The 2023 general elections in Nigeria is crucial not just for Nigeria alone but for West Africa and the African continent. They are the first of three to be held in the region next year. The successful conduct of peaceful, credible, inclusive, free and fair elections here will set a good example for others.

“This will not only send a message that democracy is here to stay in West Africa but will also resuscitate hope at a time when the sub-region is plagued with various challenges.

“The WAEF will stay engaged and accompany the process before, during and after the general elections until a smooth and peaceful transition is achieved.”

Koroma said although some stakeholders have reservations, relevant authorities have assured that all concerns will be addressed ahead of the election.

“We are optimistic that a secure and free environment and a level playing field will be guaranteed for all citizens and political actors, irrespective of political affiliations,” he said.