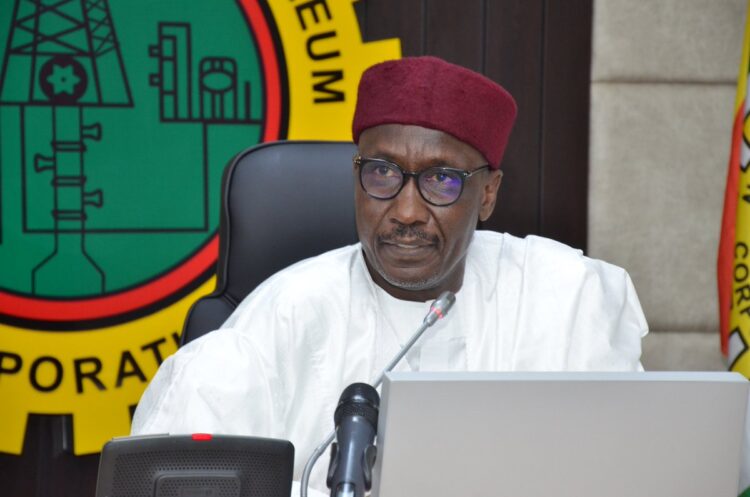 “HURIWA wonders why Nigeria has not hired a World class forensic auditors that are credible enough and can’t be compromised to comprehensively audit the total litres of fuel consumed in Nigeria since most transactions on petroleum products are metered a across the Country and so it does not take Rocket Science to scientifically and accurately ascertain how much volumes of local fuel consumptions that take place in the entire Country daily,” the student said.

Ali, a retired Army Colonel, had last week during a presentation before the House of Representatives Committee on Finance in Abuja, said NNPC cannot scientifically prove the 98 million litres per day consumption it was claiming, alleging that the nation’s oil company was supplying an excess of 38 million litres of PMS daily.

The Federal Government is proposing a budget with estimates totaling N19.76 trillion, while the deficit will hover between N11.30 trillion and N12.41trillion in the 2023 fiscal year.

However, the NCS boss said the issue was not about smuggling of petroleum products as claimed by Kyari at a State House briefing last week.

“Scientifically, you cannot tell me that if I fill my tank today, tomorrow, I will fill the same tank with the same quantity of fuel. If I am operating a fuel station today and I go to Minna depot, lift petrol and take it to Kaduna, I may get to Kaduna in the evening and offload that fuel. There is no way I would have sold off that petrol immediately to warrant another load. So, how did you get to 60 million litre per day? That is my problem,” Ali had stated.

However, HURIWA said: “It is shameful how two government agencies are contradicting themselves publicly. Col. Hameed Ali (retd.) has thrown an open challenge at his NNPC counterpart and Nigerians are waiting for the explanation of Mele Kyari.

“It is no doubt that the NNPC is shortchanging Nigeria and Nigerians using vacuous and bogus subsidy claims because for now, it is not clear if any open and public records exist to show these details to allow for transparency and accountability which are the hallmarks of good governance. This is condemnable. It is particularly shameful that the regime of President Muhammadu Buhari and the All Progressives Congress failed Nigerians after criticizing past administrations over failure to stabilize the production capacity of NNPC refineries to allow for home refining of crude oil. The country’s refineries have been run aground in the last seven years since President Muhammadu Buhari came into office and has been the substantive Minister of Petroleum Resources. If this is not a national shame, then Nigerians wonder what it is.

“To think that the President himself is the Petroleum Minister for seven years now is utterly perplexing. Rather than working, the current regime has been engaging in alleged round tripping scams in the name of subsidy regime. This is despicable for a government in an economic crisis. This is shown in the fact that even at the top most levels, the officials can’t say exactly why it costs the public a humongous sum to subsidise fuel locally consumed.

“HURIWA also condemns the practice of Vice President Yemi Osinbajo running to the World Bank to ‘help’ Nigeria stop subsidy when as a sovereign entity ruled by an elected administration, Nigeria should work out home-grown economic formula to close the yawning gaps and leakages that results in ballooning funding claims from the petroleum subsidy subhead of the budget. Nigerian leaders should stop playing to the gallery and exposing the Country as a Banana Republic.”