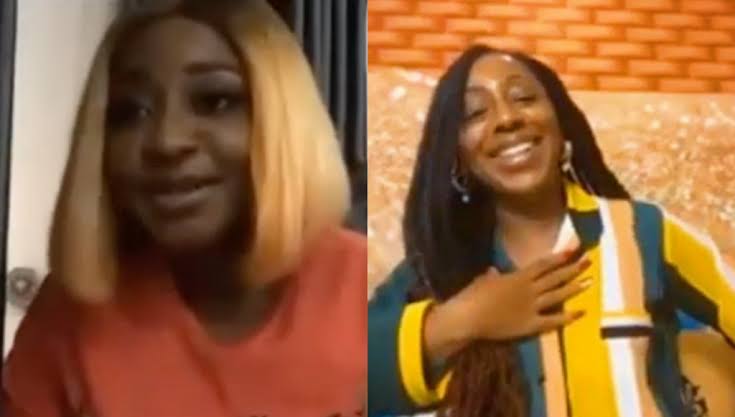 Nollywood Stars, Ini Edo and Dakore-Egbuson Akande shared their personal encounters with drug abuse at the recently concluded Drug Convos, a virtual event hosted by MTN Foundation in partnership with Businessday, MTV Base and Nigerian Entertainment Today (Netng) in commemoration of the International Day Against Drug Abuse and Illicit Trafficking marked annually on June 26.

The discussion was moderated by author and popular social commentator, Japheth J. Omojuwa and the stars came ready to spill!

When asked about the role of family and parents in curbing substance abuse among youths, Dakore Egbuson-Akande, mother of twin-girls shared her brush with drug traffickers while she was an undergraduate in the University, "I remember when things were difficult. I was in the university and I could travel abroad at that time. Someone came up to me and said 'oh, would you want to carry some drugs when you travel and you'll get paid when you get there?' I was only 21 at the time!"

She added that parenting plays a major role in shaping the decisions that young people make about drugs and substance abuse as she could have made a decision that will ruin her entire life."Due to upbringing and the discipline my parents had instilled in me, I didn't have to run home to ask my parents what to say to the guy. I just knew that omo dat one no go happen!"

She advised Nigerian parents to unlearn some of the parenting and communication styles that they experienced with their own parents because the present-day situation requires an open relationship that will enable children speak to their parents before they make irreversible mistakes.

When J. J. Omojuwa, asked Ini Edo what the Nollywood industry was doing to curb the menace of substance abuse among the impressionable youth, the actress admitted there was a general glorification of substance use in entertainment and there was a need to use movies to show the adverse effect, according to her "the Censors Board [National Film and Video Censors Board] has a huge role to play in this. If you are telling a drug-related success story, there has to be a certain result that shows that if you get into this type of lifestyle, this is what you are likely to get at the end of the day."

She disclosed that what young people see is the glamourous part of the whole process, "they may be thinking, 'oh, I need to be high to perform which is probably what they see on TV and on social media but they don't get to see the adverse effect of abusing drugs and how damaging it can be on young people."

She insisted that there was a need for drug-abuse education while sharing her experience at a party, "I went to a party some time ago where Cannabis was being served on trays like food and young people not older than 25 were consuming it like it was normal!"
J. J. Omojuwa, excited by the positive response from the celebrities said, "I am delighted by what we have heard from the celebrities who are also cultural influencers because there is an assumption that once you are a famous person in the entertainment community, you just need some form of drugs to spice it up." 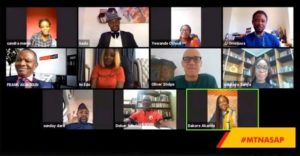