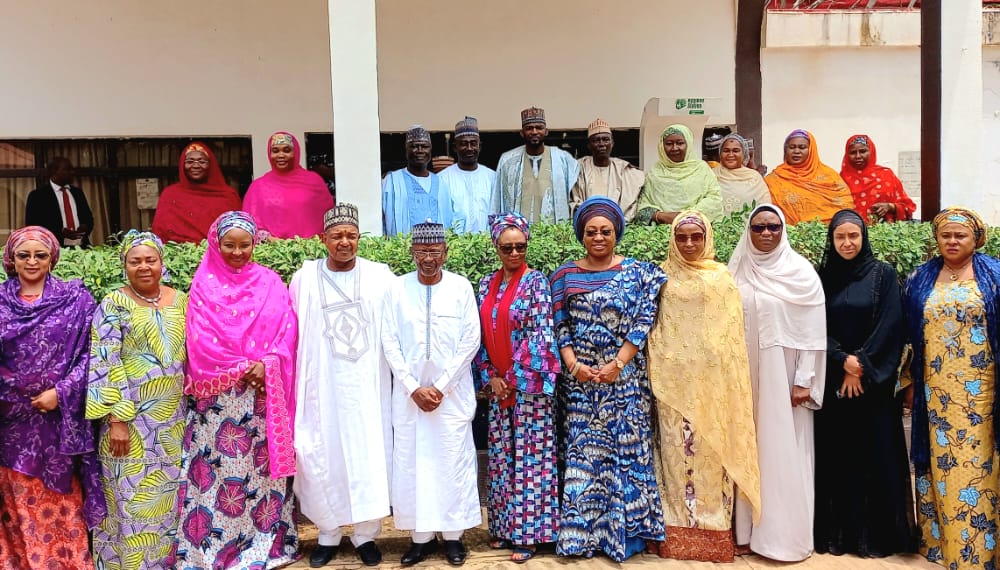 The Wives of the Northern Governors have reiterated their resolve to curbing drug abuse and other social vices bedevilling the society, according to Dr.Zainab Shinkafi Bagudu.

Dr. Bagudu Stated this on Friday in Birnin Kebbi when the members of the Forum paid a courtesy call on her husband, Senator Abubakar Atiku Bagudu.

She told her husband that they were in Birnin Kebbi as part of their routine meetings to contribute to national development.

“We are here, as usual, to meet and deliberate on ways to support our spouses to boost good governance,”she said.

According to her, their focus now was the eradication of substance abuse, sexual abuse as well social vices in the northern states and other parts of the country.

Dr. Zainab Shinkafi Bagudu decried that the drug menace was a major source of concern to themselves and their husbands.

She averred that part of the ways the forum adopted in tackling the menace included counseling, keeping youths occupied through sports and recreational activities to become useful members in the society.

She acknowledged the sustained support of the Kebbi state government to curbing the menace.

The wife of the Kebbi state Governor said the state government was routinely supporting efforts to reduce the prevalence of the problem.

The wife of Kebbi State Governor further said she led her guests to visit a Drop-in Center at the motor park as well as the female rehabilitation center at the NDLEA headquarters in Birnin Kebbi.

The Chairman of the Progressives Governors’ Forum, Senator Abubakar Atiku acknowledged the invaluable roles their wives were playing.

He described them as tools of motivation to women in the country, individually and collectively.

“You need to be encouraged and supported as mothers and leaders.

“You are commendably mobiising women to do better and curbing the drug issue which is a national menace,” Bagudu added.

She said that they were coming together to find plausible solutions to the common problems facing them, especially drugs.

She commended Dr. Zainab Shinkafi Bagudu and her peers for their efforts in their respective states.

The Chairperson of the Nigeria Governors’ Wives Forum and wife of Ekiti State Governor, Mrs Bisi Adeleyi Fayemi appreciated their husbands for their sustained support.

She said that sequel to such support, 31 states had signed the VAPP law as at August,2022.

She also said the forum decided to work on gender based violence and sought the cooperation of Governors to declare State of emergency on the scourge .

Highlights of event include presentation of award to Governor Abubakar Atiku Bagudu in recognition for assenting to the law on violence against individuals and protection of the rights of children.