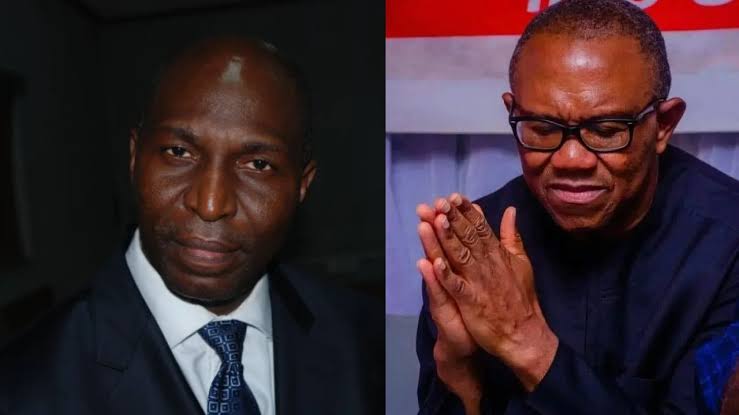 Veteran journalist, Sam Omatseye has accused supporters of the presidential candidate of the Labor Party, Peter Obi, of threatening to kill him.
Recall that Omatseye had on Monday published an opinion piece, titled ‘Obi-tuary’, where he took a swipe at Obi, a former Anambra State governor.

In a tweet on Tuesday, Omatseye asked Peter Obi to call his supporters to order.

According to the journalist, the presidential candidate will be held responsible if anything happened to him.

He tweeted, “Mr. Peter Obi, call your supporters to order. They are calling and issuing death threats. If anything happens to me, you will be held responsible!”

In his opinion article on The Nation, Omatseye described Obi as a shelter for miscreants, saying, “Obi has turned out to be an excuse for even closet Biafrans to betray open emotions about Biafra without being accused of it. This includes intellectuals who did not show mercy to him while he reigned in Anambra as a pharisaic chief executive. It is like wearing a color beneath another color. Obi has become a shelter for both miscreants and activists of the crowd.”

Omatseye had accused the former Anambra State governor of using religion as a bait in the forthcoming elections.

The column read, “He (Obi) is therefore using religion as a bait. He is now on a weekly pilgrimage to churches. Jonathan did the same. The pastors, ever opportunistic, see him as a darling.

“He is visiting a sectional hue of pews. This is the man who divided the church in Anambra State in his time between Catholics and the others.”

Applesbite reports that the article was greeted by knocks from Peter Obi supporters, mostly on social media.