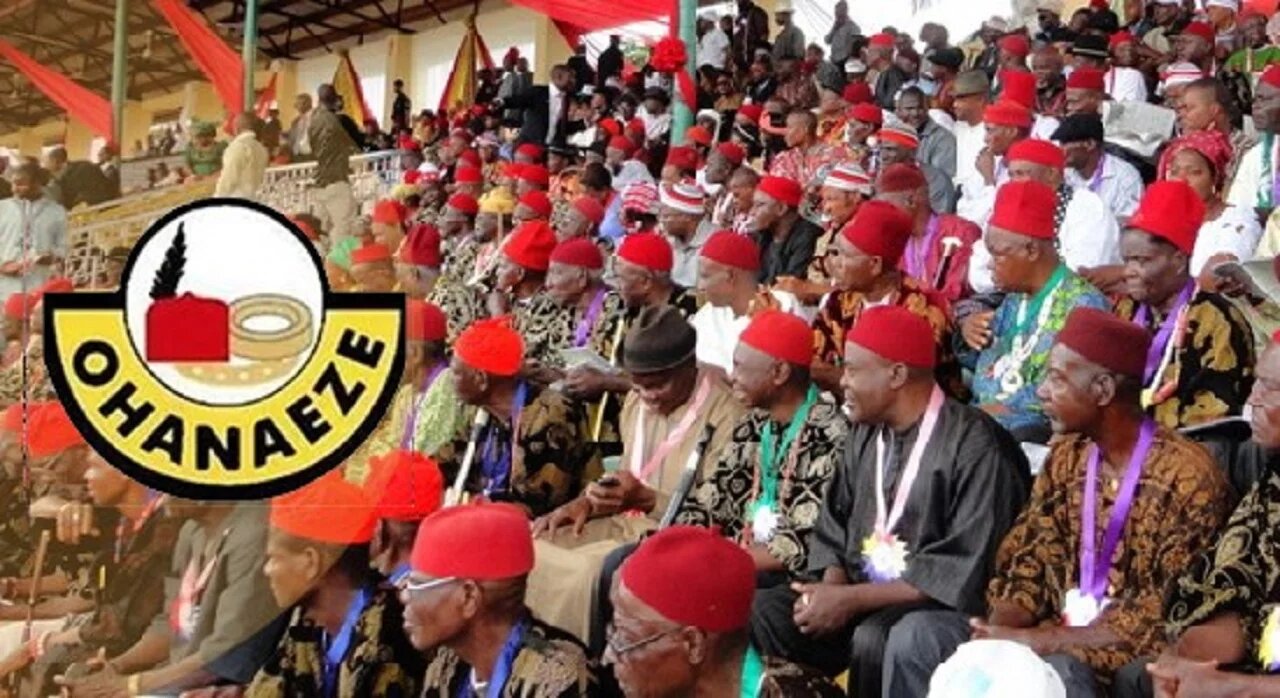 The apex Igbo socio-cultural organisation, Ohanaeze Ndigbo, has reacted to the suspension of the Emir of Sabon Birnin Yandoto in Zamfara State, Aliyu Garba Marafa, for conferring a chieftaincy title on a notorious bandit leader, Adamu Aleru.

Applesbite reports that Governor Bello Matawalle of Zamfara on Monday suspended Marafa for conferring the Sarkin Fulani title on the bandit leader.

Reacting to the development, Ohanaeze called for immediate arrest and prosecution of the Emir, stressing that his action amounted to open endorsement of banditry.

The Publicity Secretary of Ohanaeze Ndigbo, Chief Alex Chiedozie, made this known in an interview with Vanguard on Monday in Umuahia, the Abia state capital.

He stated that the Zamfara government should not only suspend the emir but should also prosecute him for honouring a known terrorist leader.

Chiedozie asserted that the action of the Emir shows that he is an accomplice to bandits in the state, asking the government to use him to locate other bandits.

”Government should use him to locate other bandits wherever they are.

”What is happening in Nigeria is annoying; it’s a huge embarrassment and a puzzle to the international community.

”To turban a bandit is a grievous offence. And you have about 100 other bandits that accompanied him to the ceremony jubilating and later went scot-free. Who is fooling who?

”Where are those other bandits now? Why is it that non of them has been arrested? Where are the security agencies? All the money being spent on security, how is it used?”

A report had emerged earlier the emirate decided to give Aleru a traditional title with the aim of finding lasting peace in the crisis-ravaged Tsafe and Yandoton Daji emirates and other neighbouring areas which the terrorist had constantly attacked with his fighters.

It was gathered that the title conferment followed dialogue between the elders of the emirate and the notorious leader.

The state government, however, barely 24 hours after the chieftaincy title conferment on the terrorist, announced the suspension of the monarch involved with immediate effect.

Meanwhile, Gambo Isah, Spokesman for the Katsina State Police Command, told Channels Television on Monday that the notorious bandit kingpin is still on its wanted list.

He said the command had in June declared the 47-year-old wanted, placing a bounty of N5 million on him, dead or alive.