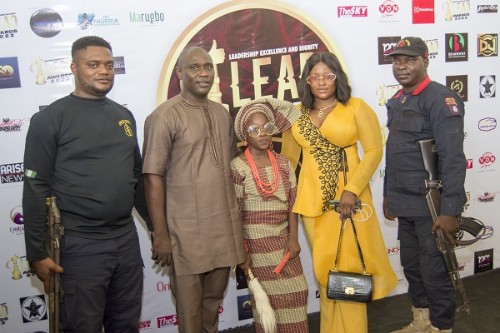 The good people of Ondo State, particularly Akure will not forget the 27th of November in a hurry; this was as the city was agog with the maiden edition of the 2022 Leadership Excellence And Dignity Awards, which held at the Dome International Conference Center. The award ceremony which was chaired by the Deputy Governor, Honorable Lucky Orimisan Aiyedatiwa was well attended by notable personalities from within and outside the State.

The event kicked off with the presentation of a powerful and inspirational speech by the First Lady of Ondo State, Arabirin Betty Anyanwu-Akeredolu. Her Excellency, who was the guest speaker at the event, while speaking on the theme of the day, Rewarding Tenacity, An Example for the Next Generation… urged the young people to avoid shortcut to success. According to her, it is better to endure difficult times and be determined to succeed in their endeavors, by setting goals.

While encouraging the younger generation of Nigerians to set goals for themselves, she acknowledged that the country is blessed with incredible youthful talents, Mrs. Akeredolu charged them to focus on the future rewards of hard-work, rather than seeking shortcuts to success that has short-term gain. Her words: “I stand before you today as a typical example of Nigerian from a humble background who endured all sorts of temptations and distractions to come this far. My background, training, marriage and attainments are all evident products of Tenacity.

“Absence of Tenacity in the younger generation of Nigerians forms part of the problem we battle as a people. “Of the prized value system that the society seems to have lost, delayed gratification ranks high. By delayed gratification, I mean the ability to suspend the desire for immediate gain in favor of later and greater reward. This value, great as it is, has become virtually non-existent, and its absence, a threat”. She concluded.

The highlight of the evening was the celebration of several sons and daughters of Ondo State, who were honored for their contribution towards the development of the Sunshine state. They include, Dr, Tunji Abayomi, Pro Chancellor, Adekunle Ajasin University, Adekuoroye Odunnayo, Ondo state born international wrestler, Mrs Olamide Falana, who is the Senior Special Adviser to the Governor on Gender Matters, Tunji Alapini Jr, ADC to Governor Rotimi Akeredolu. Others include Senator Nicholas Tofowomo, Gbenga Olaseeni, MurrayKurves Secret, Seun Alabi, Lijoka Jesu-Demilade, DG PPIMU, Engr. Babajide Akeredolu, bagged the man of the year award, while the State Attorney General and Commissioner for Justice was also honored as the legal icon of the year; Ceci Supermarket bagged the supermarket of the year in Ondo State, among others.

Lead Awards Convener and Principal Consultant, Abiola Alaba Peters AAP, while giving his closing remarks, thanks all invited guests, awardees and sponsors for their support, he also encourage the awardees to continue to do more for Ondo State, while promising to make the event bigger and better next year, “I want to say a huge thank you the Ondo State Government, through the office of the First Lady and the Deputy Governor for honoring us with their presence. I also want to thank our supporting sponsors, Denki Wire, Cape Town, Alba Royal, Shaunze Lounge, G-Sound and the entire Project Lead Africa team for their huge support, my Project Director, Adebukola Oba, Gbenga Shaba, Jenifer Nwosu, and my family, thank you for been there.” 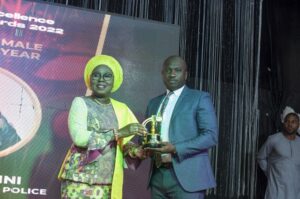 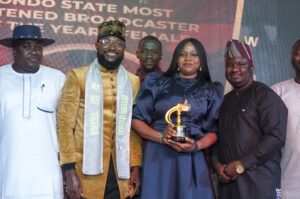 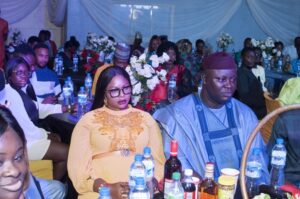 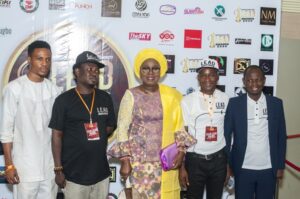