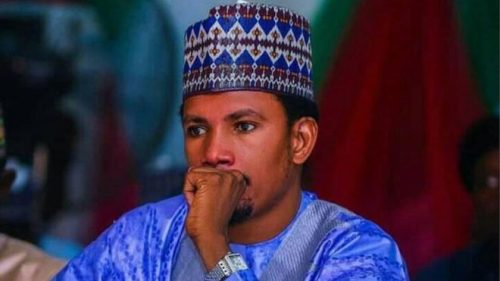 The High Court of the Federal Capital Territory in Maitama, Abuja, on Monday, awarded N50m damages against the senator representing Adamawa North, Elisha Abbo, to be paid as compensation to a female attendant at a sex-toy shop, Osimibibra Warmate, whom he assaulted.

Justice Samira Bature gave the order in her judgment on the fundamental rights enforcement suit instituted by Warmate against the senator.

The video clip of the alleged assault of the woman by the senator had gone viral.

The police had in 2019 charged before a magistrate court in Zuba, Abuja with one count of assaulting Warmate at a sex-toy shop in Abuja.

But the presiding magistrate, Abdullahi Ilelah, had dismissed the case after upholding the no-case submission filed by the senator.

Warmate, through her legal team including Esosa Omo-Usoh and Nelson Onuoha, went on to sue Abbo in a fundamental rights enforcement suit filed before the FCT High Court and marked FCT/CV/2393/19.

Justice Bature upheld the plaintiff’s case in a judgment on Monday by ordering the senator to pay N50m to the applicant.