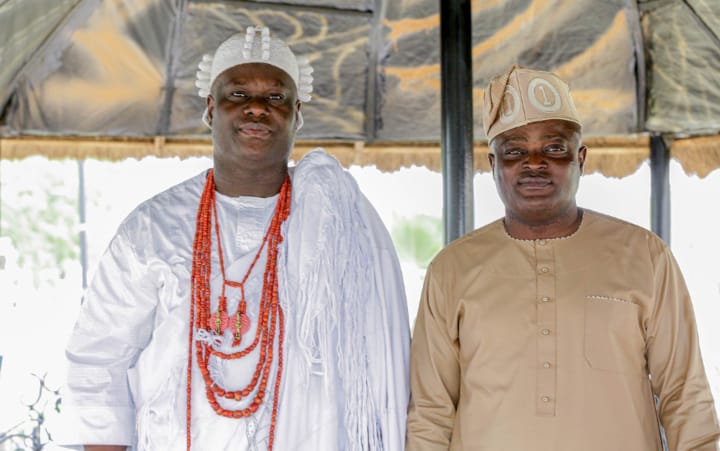 Clad in his traditional royal apparel, Oba Ogunwusi, who arrived the Assembly complex at about 1.30pm, immediately went into a meeting with Speaker Obasa.

The monarch left after the brief meeting just before the House commenced the day’s plenary. 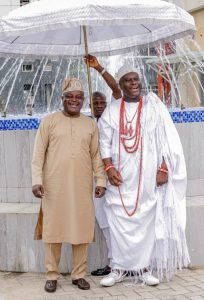 Oba Ogunwusi had been a friend of the Lagos State House of Assembly.

In 2016, he commended the House of Assembly for its laudable steps towards promoting and preserving the rich cultural heritage of the Yorubas.

“I am very happy to be here and see the Lagos State House of Assembly, using Yoruba language to conduct its activities. I therefore enjoin all other Houses of Assembly in Yoruba Land to take a cue from this House.

“People in other countries honour and cherish Yoruba language, but sadly here at home, we seem not to cherish what is ours.

“I therefore urge the Lagos State House of Assembly, to do all within its power to persuade other state Assemblies in Yoruba speaking areas, to see the sense, in conducting their House businesses in Yoruba, as this, is one of the surest way to promote our language and cultural heritage,” the revered traditional ruler said during that visit.

Meanwhile, the House, on Monday, passed a bill to establish a training institute for law enforcement officers in the State.

The ‘Bill for the Establishment of Lagos State Training Institute, to provide for the training of law enforcement officers,’ was read for the third time and subsequently passed at a sitting presided over by Speaker Obasa.

Obasa, thereafter, directed the Clerk of the House, Mr. Olalekan Onafeko, to send a clean copy of the Bill to the State Governor, Mr. Babajide Sanwo-Olu, for assent.