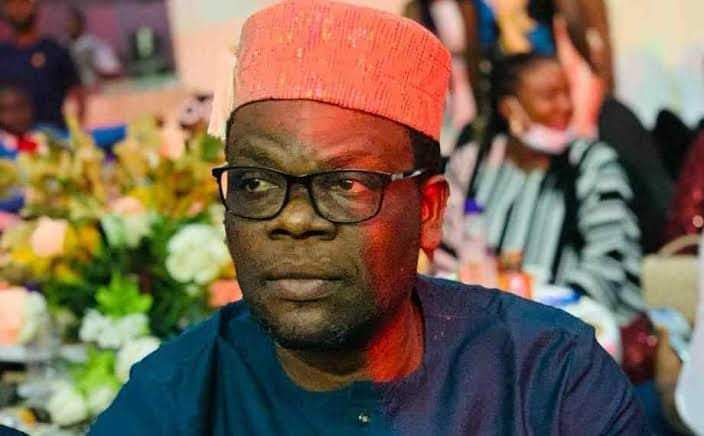 Ace broadcaster and owner of Agidigbo FM, Oriyomi Hamzat, has been released from police custody.

Hamzat, who had consistently advocated for justice in a murder case involving Hilton Hotel, Ile-Ife owner, Chief Rahman Adedoyin, was arrested on Thursday.

The management of his radio station confirmed his release in a statement on Friday, faulting the claims of the police over the reasons stated for Oriyomi’s arrest.

The statement read, “It is with a heart filled with immense gratitude and huge relief that we confirm to the general public that Mr. Oriyomi Hamzat has finally regained his freedom after the arrest that spanned the entirety of yesterday.

“He was released on bail to his lawyers after due conversations with the authorities, particularly with respect to the petition written against him by Rahmon Adedoyin’s lawyers and the validity of his consequent arrest.

“As we have rightly stated yesterday, at no point was Mr. Oriyomi Hamat found guilty of cyberbullying neither did he refuse at any point to not honour invitations from the Nigeria Police Force as wrongly alleged by the Force PRO. Why this false insinuation is being purveyed is completely beyond our grasp.

“Nonetheless, it is at this juncture; that we express our heartfelt appreciation to all Nigerians who stood by us throughout yesterday’s trying moment, and lent their voice to #FreeOriyomiliamat. This might not have been possible; especially this soon, without your amplification of our concerns.

“We also say a huge thank you to the general public who joined in the peaceful protests that were held in Ibadan yesterday, to Nigerians in Diaspora for their prompt reactions, the Nigerian Union of Journalists and to all of our colleagues who considered Mr. Oriyomi Hamzat’s arrest as an injury to one that equates an injury to all.

“We also appreciate the efforts of the legal team led by Barrister Adekunle Ridwan. This wasn’t just an attempt to stem the undue incarceration of a man calling for justice but also an exercise in protecting the sanctity of free speech.

Why Hamzat was arrested -Police

In a statement on Thursday, the police said Hamzat was arrested in connection with a case of cyberbullying without stating who was bullied.

The police’s reaction was contained in a statement by its spokesperson, Olumuyiwa Adejobi, titled, ‘Oriyomi Hamzat was arrested by police with warrant – Force PRO’.

The police claimed that the Ibadan-based broadcaster ignored their invitation severally, stating that the broadcaster is under investigation.

The statement read, “The popular Ibadan-based broadcaster, Oriyomi Hamzat, was arrested in Ibadan today by our Force Intelligence Bureau operatives in connection with a case of Cyber Bullying under investigation

“Oriyomi’s arrest was sequel to his refusal to honor Police invitation severally, which prompted the police to secure a warrant for his arrest.

“We are looking into the petition written against him on his violation of the Cyber Crime Act, 2015, and necessary action will be taken to do justice in the matter. Further development will be communicated to you all.”

When asked to throw more light on how Hamzat ran foul of the Cybercrime Act, the Force Public Relations Officer replied a tweep, “Go and read Cybercrime Act, 2015, because I am sure you have not seen it, let alone read. It’s even good for everyone to read it, more so that we all operate on social media, share news or broadcast what we see or hear. Go and read the Act as a guide.”

How Hamzat was arrested -Radio station

Earlier, the Head of Station, Agidigbo 88.7FM, Adebayo Grey, complained that Hamzat was arrested over his call for justice on the murder of a student of Obafemi Awolowo University, Timothy Adegoke.

In a statement, the station manager noted that the station’s chairman was whisked to Abuja by officers of the Force Intelligence Bureau.

The statement read, “We have been inundated with repeated calls and messages since the early hours of today following widespread concerns by well-meaning Nigerians home and abroad, our colleagues in the media and the general public about the safety of our Chairman at Sure Etiquette Media Plus Ltd, the parent company for Agidigbo FM, Ibadan, Agidigbo FM, Lagos and Agidigbo Television, Mr Oriyomi Hamzat.

“Hence, we will like to use this medium to inform everyone that Mr Oriyomi Hamzat has, in the past few days, been subjected to regular invites and questioning by several security operatives, including but not limited to, the State Intelligence Bureau; all of which he dutifully honoured and attended to.

“The premise of these invites and questioning is not unconnected with his consistent call for due diligence in the trial of Chief Rahman Adegoke Adedoyin over the death of Timothy Adegoke who died under unfortunate circumstances in the former’s hotel in Osun State. It would be realised that Mr Oriyomi Hamzat’s constant call for justice for the deceased has been a source of concern for the accused.

“However, the entire situation began to escalate when the SIB started plans to hand over Mr Hamzat to the Force Intelligence Bureau. In the early hours of today, Thursday, 26th of May, 2022, he was arrested and as we speak has been whisked away to Abuja.

“We seek to reiterate here to well-meaning Nigerians, the media and the general public, that the reason for which Mr Oriyomi Hamzat was arrested is his defiant call for justice for Timothy Adegoke and extensive support for the deceased’s family.

“We, therefore, appeal to all Nigerians to kindly lend their voices to ensure that Oriyomi Hamzat won’t be subjected to inhumane treatment and undue incarceration just for standing for the truth and for humanity.

“We are strengthened by the staunch support and camaraderie from several corners so far and we promise to keep the general public abreast of further developments.”