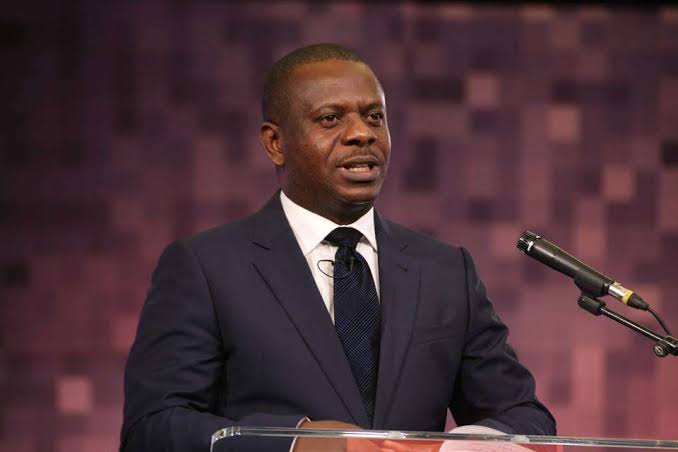 Pastor Poju Oyemade, of the Covenant Christian Centre, says it is immoral for elites privileged to have foreign visas to be advocating for violence in Nigeria.

Speaking during ‘The Platform’ programme organised by The Covenant Nation on Saturday, Oyemade argued that no one is certain about how a war in Nigeria would end.

There has been heightened tension in Nigeria over the recent months as the country continues to grapple with insecurity among other challenges.

Oyemade said while the elites may have the opportunity to escape war in Nigeria, poor and old citizens would be the worst victims.

“It would be immoral, let me say it to the elites, to advocate for violence when you have a foreign visa on your own passport. The theatre to exit the nation and the theatre if anything happens,” he said.

“A war is something you can only determine when it starts, you cannot determine when it ends. You can be in it for 30 years, you may run away from that theatre but the poor that you claim that you are fighting for will be the one left fighting and suffering.

“You may run but remember elderly ones are in that theatre. People who are weak. You will have family members that will be left behind.”

The pastor added that the major problem of the country is the lack of political will from the ruling class.

“Is it that Nigerians are not bright or intelligent? Our society is not a reflection of our intellectual content and capacity,” he said.

“Nigerians are some of the most intellectually able people in the world. The problem is lack of political will.

“It is clear that the way we are going about, things must change. We cannot keep doing things the same way and expect any significant change.”