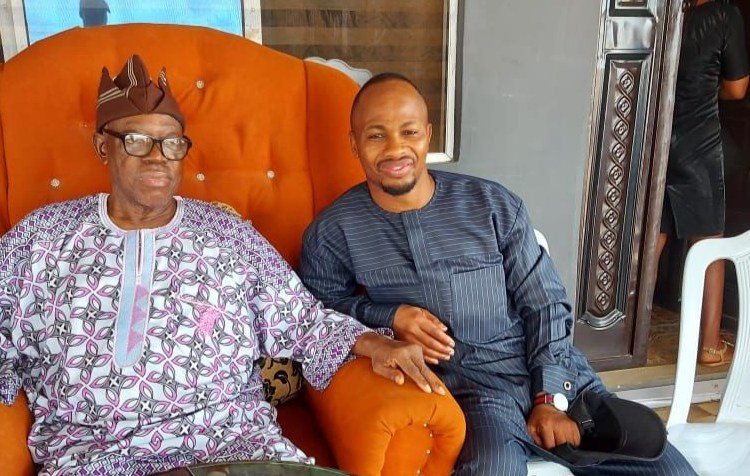 Hon. Segelu, in a statement, expressed confidence that the reign of the new Olubadan will usher in an era of peace and greater development in Ibadanland, Oyo State and Nigeria at large.

Segelu, a former Legislative Aide in the National Assembly, said: “I congratulate His Imperial Majesty Oba Dr. Senator Olalekan Ishola Mohood Balogun (The Okunmade Alli-Iwo II) on his enthronement as the 42nd Olubadan of Ibadanland. I have no doubt in my mind that the new monarch, an erstwhile Distinguished Senator of the Federal Republic of Nigeria, who I have enormous respect for and see as my father, will use his reign as Olubadan of Ibadanland to promote cultural and traditional values in Ibadan and its environs. I am hundred percent sure that his reign will open up a new vista for peaceful co-existence, unity and oneness among the people of Ibadanland.”

The PDP stalwart who was in the country from his base in Germany to pay homage to the new monarch and seek for his royal and fatherly blessing for his 2023 ambition few days to his coronation, prayed God to grant him the sufficient grace, wisdom and knowledge to lead the people aright.

“I wish you a peaceful and successful reign. May we experience unequalled development and tranquility during your reign,” he added.

An aspirant for House of Reps in Akinyele/Lagelu Federal Constituency in 2015 who has been meeting with leaders across the Constituency for 2023 consultation, Segelu applauded the Oyo State Governor, Engr Seyi Makinde for the good judgement and rare wisdom he showed in handling the issues that would have generated controversy and crisis when the traditional stool of Olubadan became vacant.

According to him, “Governor Makinde’s style of leadership is not just unique but also worthy of emulation. His display of rare wisdom in preventing crisis and promoting cultural values is highly commendable. I pray for more wisdom for the Governor as he continues to pilot the affairs of the state to lead us to the Promised Land.”