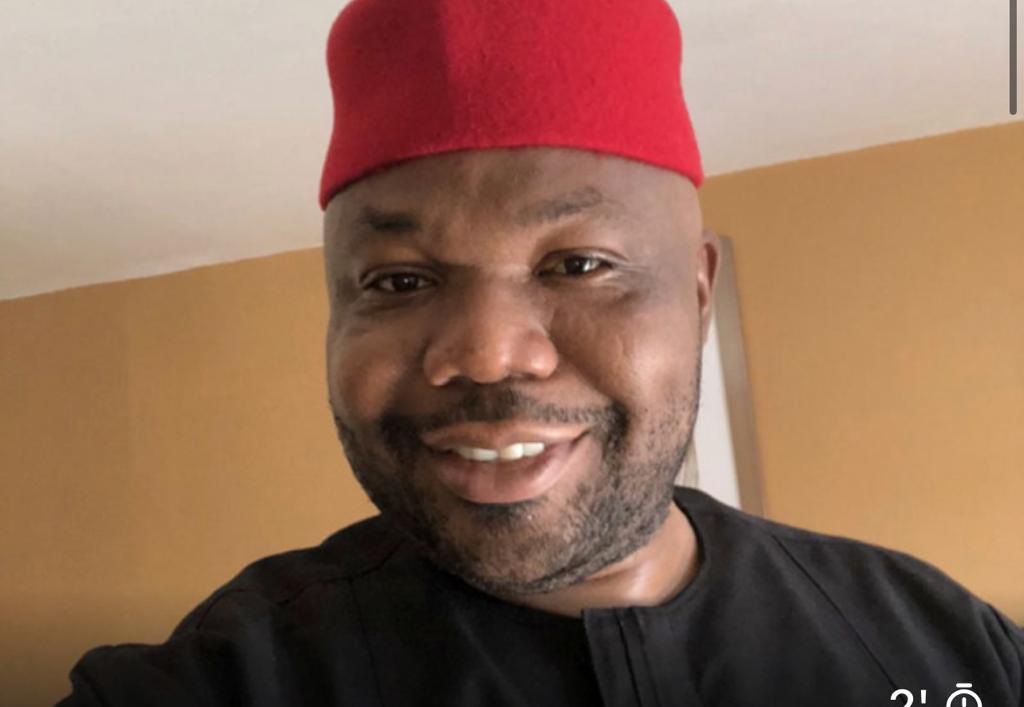 Necessity is the regular excuse of rapscallions. It is the mephistophelean plea used to legitimize devilish deeds, like the willful maligning of upright men by a hack writer, like Jackson Ude, the owner of Pointblank blog.

Ude recently embarked on a mission to malign patriotic and industrious businessman, Scott Tommey, whose exploits in the business sector have become a source of worry and sleepless nights to Ude and perhaps, his sponsors.

Ude in a manner unbecoming of a journalist launched an attack against the businessman, writing to harass the latter with trumped-up allegations fed to him by his malefic cohorts.

In the performance of his hatchet work, he contacted the illustrious businessman, quoting slanted facts and outright lies, in the purported discharge of his journalistic role.

But since he has deemed it fit to whore himself out to corrupt and faceless elements with destructive intent, the Media Consultant to Osmoserve Global Limited, Obafemi Ajayi, has slammed the controversy-prone blogger, over his story in which he imputed wrong and malicious motives into the business transactions of the Managing Director, Scott Tommey.

In the latest tirade tweeted by one Jackson Ude, whose stock-in-trade has been to fabricate utter falsehood, and disseminate same via multiple social media platforms, the pen-for-hire writer alluded that Scott Tommey is fronting for the Niger Delta Affairs Minister, Godswill Akpabio.

In all ramifications, Tommey possesses home-grown intelligence that complements his sophistication. A shrewd manager of resources and a billionaire with benevolent mien, Tommey’s journey to the summit of entrepreneurial success is strewn with tales of struggles, determination and destiny.

Tommey has done extraordinarily well to have built a world class multi-billion business enterprise in the mould of Osmoserve, whose specialty has brought physical infrastructural transformation to the Niger-Delta region. In his bid to play down his ingenuity and business savvy, Ajayi attributes Osmoserve’s climb to the pinnacle of entrepreneurial success to sheer determination, providence and God’s grace. He is not anybody’s bagman.

Debunking the story as utter lies, Prince Obafemi Ajayi, considers “very laughable the fact that Ude and his sponsors, as well as those mischievously escalating the fake news, were so blinded by mischief and pull-him-down syndrome that they could see the clear holes in their fabrication. Mr Scott Tommey is well respected businessman and he is not Akpabio or anyone’s front. The assertion is not true”.

Ajayi explained that Jackson Ude “is in the trade of tarnishing Nigerian brands with unsubstantiated contents. He pointed to the petition of Vice President Yemi Osinbajo to the Inspector-General Police, demanding a thorough investigation of the blogger after publishing malicious story, in which he alleged that the suspended acting Chairman of the EFCC, Ibrahim Magu, facing a presidential probe, told the investigative panel that he gave N4bn to Osinbajo. Not only has Magu debunked the claim; the panel has also released statement putting a lie to Ude’s allegation.

“This is calling on unsuspecting public to be wary of Ude’s shenanigans, as we also wish to sound a note of warning to all those who have made it their pastime to sponsor malicious write-ups, tweets and online publications against Osmoserve Global and our MD, that their day of reckoning is not far away,” Ajayi expressed.

“We have put our legal team on notice to deal with such malicious write-ups. We also urge the general public to kindly disregard the Ude mischievous tweets and similar others, for what they are: blatantly false and malicious,” he advised.