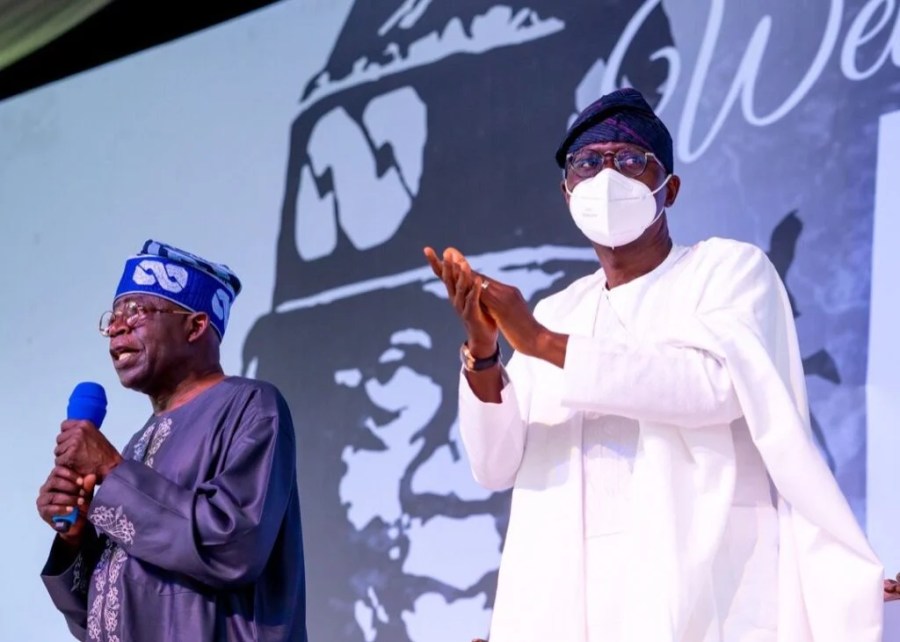 Bola Tinubu, a chieftain of the All Progressives Congress (APC), says only God can decide when his life will end.

The former governor of Lagos returned to Nigeria on Friday, after spending months in London, where he underwent knee surgery.
Speaking on Sunday when Babajide Sanwo-Olu, Lagos governor, hosted him at an event at the government house in Ikeja, Tinubu said he is “hale and hearty”.

“I’m a little emotional now, but I’m happy. God is the giver of life and the only one who can take life,” he said.

“And he (God) says, if I grant you power and the privilege in this life; I am the only one who can take it from you if you don’t use it in the way and manner that promotes humanity. God can give power to any one he wills.

“It is the same God that has spared us till today and has given us the privilege. I give glory to God, because I’m standing before you hale, hearty and well.

“Today is a day of joy for me. Having fixed today for this great event, we are here giving praises to God. May God bless all of you in attendance. I am grateful. I cannot say more than that today. Thank you all.”

On his part, Sanwo-Olu said it has been a joyful period for Lagos residents since the return of Tinubu.
“We have countless reasons to be grateful to God for bringing Asiwaju back home, fully rejuvenated,” the governor said.

“Since Friday when our leader and father came back, it has been a joyful moment for the teeming residents of Lagos, his supporters and Nigerians across the country.
“We give glory to God who brought you (Tinubu) back with sound health and stronger vigour.”

In his remarks, Femi Gbajabiamila, speaker of the house of representatives, wondered why Tinubu’s health became a national issue.
The speaker, however, commended the former Lagos governor’s supporters for their show of solidarity.

Obafemi Hamzat, Lagos deputy governor; Olamilekan Adeola, senator representing Lagos west, and Mudashiru Obasa , Lagos speaker, were among the associates present at the event.
See photos of the event below. 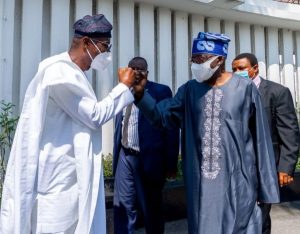 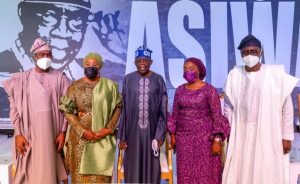 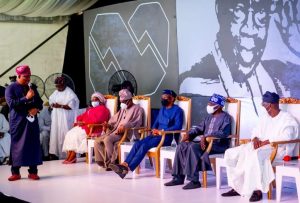 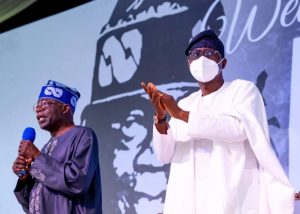 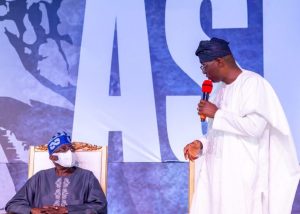