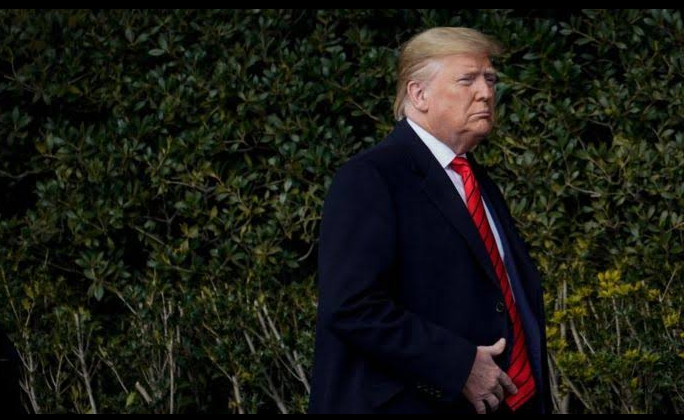 On Monday, May 19, President Donald Trump admitted, to the surprise of the public, that daily, he takes hydroxychloroquine, an anti-malaria drug that his own government experts say is not suitable for fighting the novel coronavirus.

Trump, noting that he has tested negative for the virus and shows no symptoms, said he’d been taking the drug “for about a week and a half.”

“I take a pill every day,” he said, adding that he also takes zinc as a preventative measure.

Asked why, he said “because I think it’s good. I’ve heard a lot of good stories.”

President Donald Trump has often played down the dangers of coronavirus, including last week when he said it threatened only a small number of people. He has also pointedly refused to wear a mask, despite federal recommendations and the fact that most of his staff have taken to covering their faces in public.

By contrast, he has shown interest for weeks in promoting the use of hydroxychloroquine, even if many doctors think it does not work for coronavirus patients and US government regulators warn it has “not been shown to be safe.”

President Donald Trump’s extensive remarks about his use of hydroxychloroquine as a preventative measure came out of the blue.

“I’m taking it, hydroxychloroquine, right now, yeah. A couple of weeks ago, I started taking it,” he said.

President Donald Trump said the use of the medicine was approved by the White House physician. However, he insisted that he, not the doctor, took the first step.

“It seems to have an impact, and maybe it does, maybe it doesn’t but if it doesn’t, you’re not going to get sick or die,” President Donald Trump said. “I take a pill every day. At some point I’ll stop.”

Why Trump is taking the disputed remedy when he frequently insists he is in no danger from COVID-19, is not clear.

Some people in the White House have tested positive for the virus. But Trump said again Monday he said he showed “zero symptoms.”