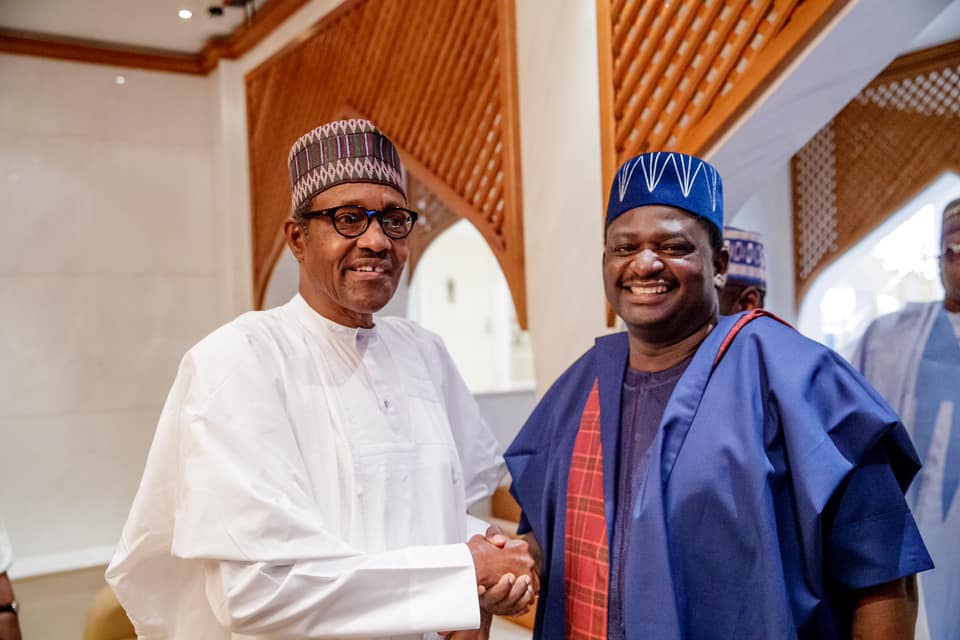 President Muhammadu Buhari‘s Special Adviser on Media and Publicity, Femi Adesina has hailed the Founder and General Superintendent, Deeper Christian Life Ministry, Pastor Williams Kumuyi, describing as a true oracle of God.
The Presidential aide who spoke at the promotion of the book, “Kumuyi: the Defender of the Faith” in Lagos on Sunday, said Nigerians including those in the government always pay attention to the preacher whenever he speaks because of his apolitical lifestyle which all should emulate.

Adesina stressed that Kumuyi stood out from among his counterparts, particularly at a time when most men of God engaged in political illusions.

Applesbite understands that the event where Adesina made the claims about the cleric was organised by the International Friendship League (IFL).

“Whenever he speaks, we listen because whatever he says is what the word of God is saying. It is very rare to hear voices of moderation these days. It is good to still have someone who stands out and that is Pastor Kumuyi,” Adesina said.

He recalled that Pastor Kumuyi addressed a press conference recently where he admitted that the nation was going through challenges, but expressed optimism that the nation would overcome and emerge stronger.

The Presidential aide admonished Nigerians to get a copy of the book, assuring that readers would be edified, entertained and educated with the content.

He also commended the editorial team that handled the book for a thorough job done.

In his remark, the Chairman of the occasion, Pastor Olubusola Olubanwo said Nigeria is in dire need of more men of God like Pastor Kumuyi who believes that righteousness exalts a nation and has not plunged into partisan politics.

National leader of IFL Worldwide, Pastor Joshua Alabi said this generation and those coming would have been denied one of the most valuable benefits of history if the book on Kumuyi was not written.

“For those seeking to know God, reading through Pastor Kumuyi’s conversion experience will provide ample guide. For those who want to succeed in their callings, his experiences in the ministry have a lot of inspiration to offer. Whatever our status and accomplishment here on earth, we are incomplete without salvation and divine truth in us. This book is not a replacement for the Bible, but rather a pointer it,” the cleric said.