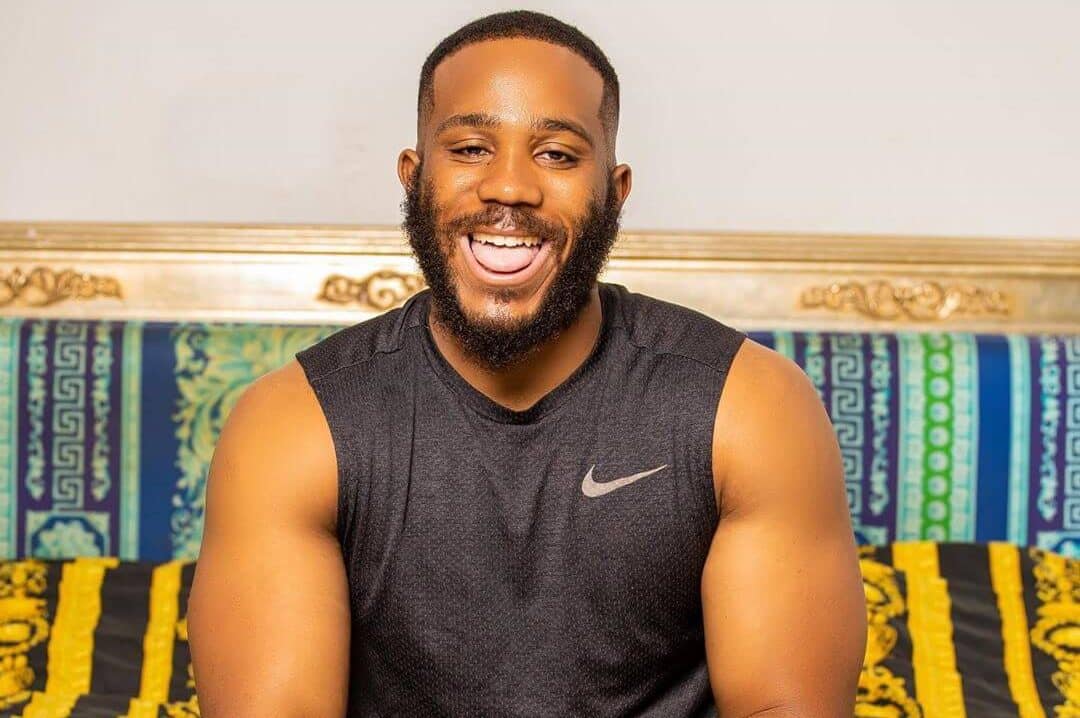 Former Big Brother Naija ‘LockDown’ Housemate, Kiddwaya, got more than he bargained for after he took to his Twitter to caution Nigerians against putting their faith in God.
Applesbite reports that the reality TV star in a post shared on the microblogging platform, Twitter advised people to believe in themselves and not God because he has given us the power.

The tweet sparked reactions online as some netizens criticized him for making such a statement.

He wrote, “Try not to put your faith in God too much. He gave us the power to believe in ourselves”.

Reacting Kolapo Olajide wrote: “All dis rich kid ehn. This one no get problem na. Person wei no dei work and him dei get everything on a platter of Gold. Just always gyming, Swimming, Eating and hanging out. Na dis one wan kon dei motivate person Shioo”

Ashley: “Person wey he papa worth more than $800M na the same person some of una wey da suffer da take this kind update from? Did you know if he’s Antichrist? Some pepo wey nor experience hard life nor da believe in God.”

Wilson Okpo wrote: “Oga, there’s nothing bad in putting too hopes in God, the only thing bad is not working hard enough which the Bible says that faith without work is dead.”

Alex Eyinnaya: “Person wey dem born with silver spoon that has probably never worked for anything in his life, because his family has done the hustling and struggling for him to enjoy life is coming to drop mumu quote. Rada Rada”

Daniel Regha wrote: “Faith is impetus to action, it facilitates spiritual growth & the spiritual controls the physical, so putting ur faith in God is important; God has given us the power to do exploits (Daniel 11:32), but that can only be achieved by those who have faith. Don’t underestimate faith.”

Kitan wrote: “Na two different thing this guy dey mix together have faith in God and believing in yourself”

Jegede wrote: “If dem don get small money like this, dem don start to Dey do motivational speaker.”