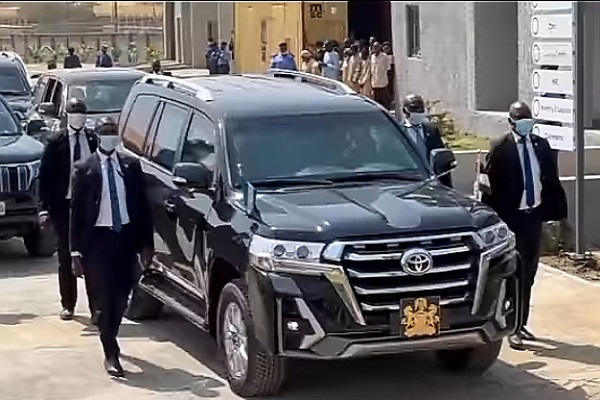 More details regarding the attack on soldiers guarding President Muhammadu Buhari and the Federal Capital Territory (FCT) have emerged.
Applesbites reports that the soldiers of the 7 Guards Battalion were on routine patrol along Kubwa–Bwari road on Sunday when they ran into the ambush by suspected terrorists in the nation’s capital city.

The terrorists were said to be headed to the Nigerian Law School in Bwari when they ran into the troops, leading to the exchange of gunfire in which three soldiers were injured.

Speaking on the development, the Assistant Director of Army Public Relations, Guards Brigade, Captain Godfrey Abakpa, confirmed the attack but said the terrorists were successfully repelled.

He disclosed that the three soldiers were injured during the attack and have been evacuated to the NAOWA hospital in Abuja for treatment.

Abakpa also dismissed reports that five soldiers were whisked away by the terrorists.