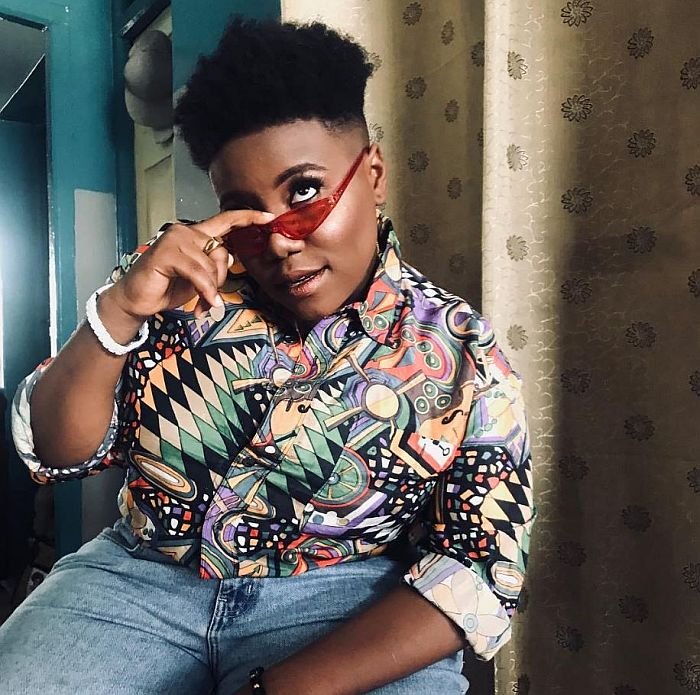 The event was held at the International Conference Centre (ICC) in Abuja. This follows the release of the final list of persons proposed for various distinguished honours.

Before or after the conferment, participants were expected to give a handshake to the president, however, Teni ignored the norm.

In the video making the rounds online, Teni walked to the president when her name was called, took the award and walked away.

Nigerian React
This however sparked mixed reactions online as many termed Teni’s action disrespectful while others said, Buhari didn’t offer her a handshake.

afizmosope wrote: “I never knew Teni could decend so low to this level. Whoever defend her action here for whatever reason need to be reexamined. If you’re from Yoruba extraction and you’re defending this for whatever reason like I previously affirmed, your background and how you grew up needed to be investigated. Was she forced to come receive a National Award? Why not decline its acceptance rather than this kinda attitude?”

@thatopboy wrote: “Teni no send una president oooo. Love it… na weyrey plenty pass for this app, if she shaked him ( na wahala), she no still shake am,na still wahala”

@sleeksparrow wrote: “Actually, he didn’t extend his hands to shake her”

@onyxthetyga wrote: “A proud member of the coconut head generation.”

@Appetizer80kg wrote: “Imagine shaking and shinning teeth with someone that’s after my life.”

@tmseabiscuits wrote: “This makes me happy. Disrespect the dictators”

@apolloskillz wrote: “If they wanted to show real balls , they should have declined invitation or not show up.”

@deeeeyee1 wrote: “Same thing asa did the last time she was entertaining them buhari.. I think it the way to go now so they will feel the heat also”