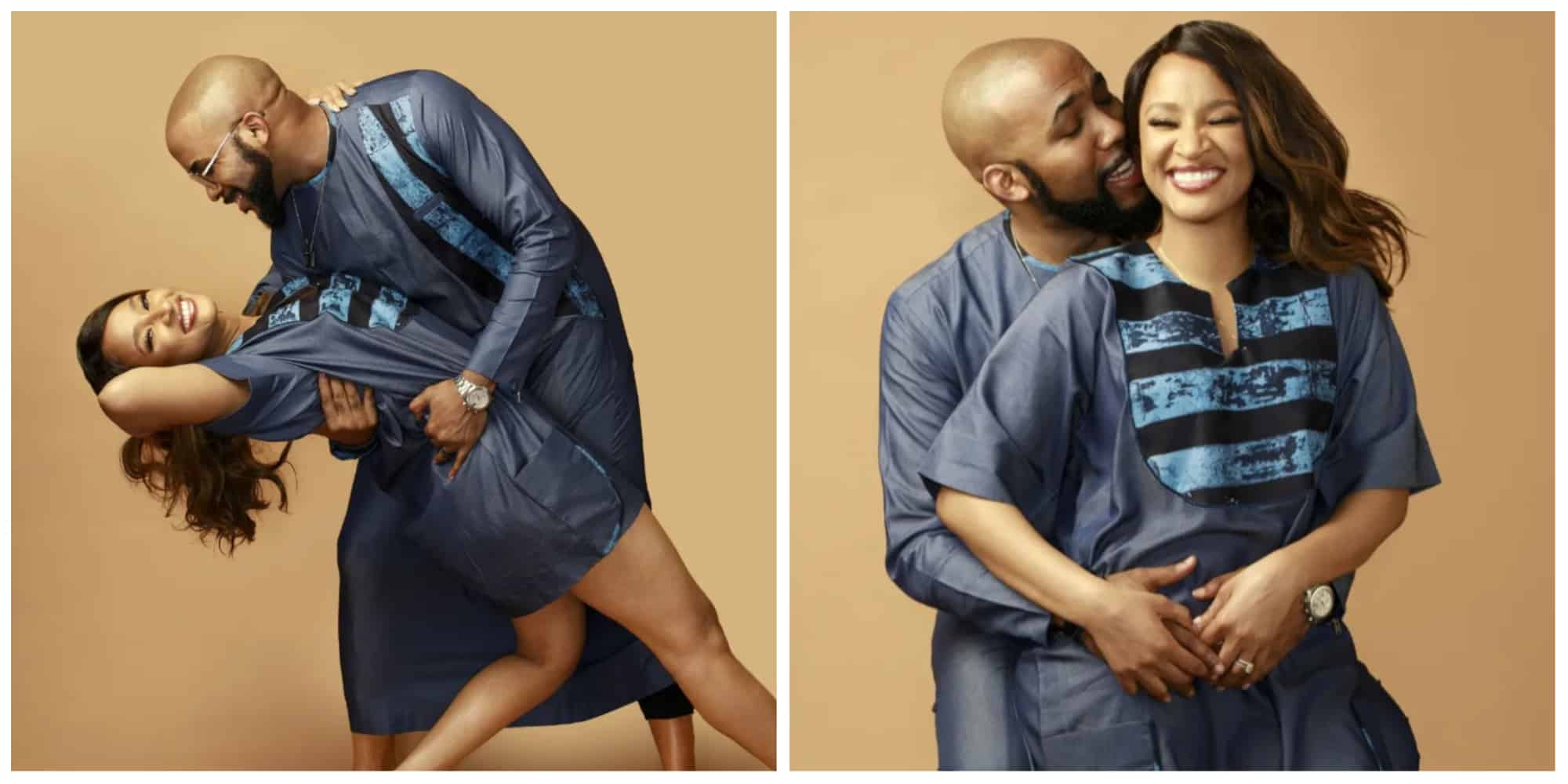 According to the mother of one, making the video was stressful but it was fun for her.

Adesua dedicated the song to Banky W, who she described as an insanely talented husband.

She wrote: “Did this as a tribute to my insanely talented husband @bankywellington Everything you hear was recorded by me, by mouth. It was stressful but fun. I activated the “W” in me that was hidden. Hat, Suit, Screw Face, Moves”

Banky W who seemed excited over the song teased his wife and wrote: “@adesuaetomi take all my money and my music!!!” 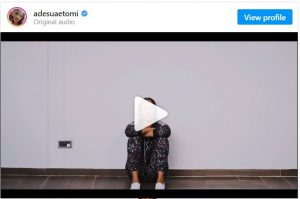 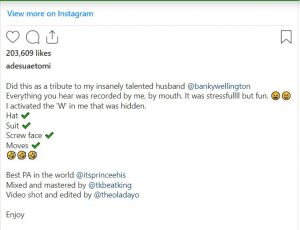