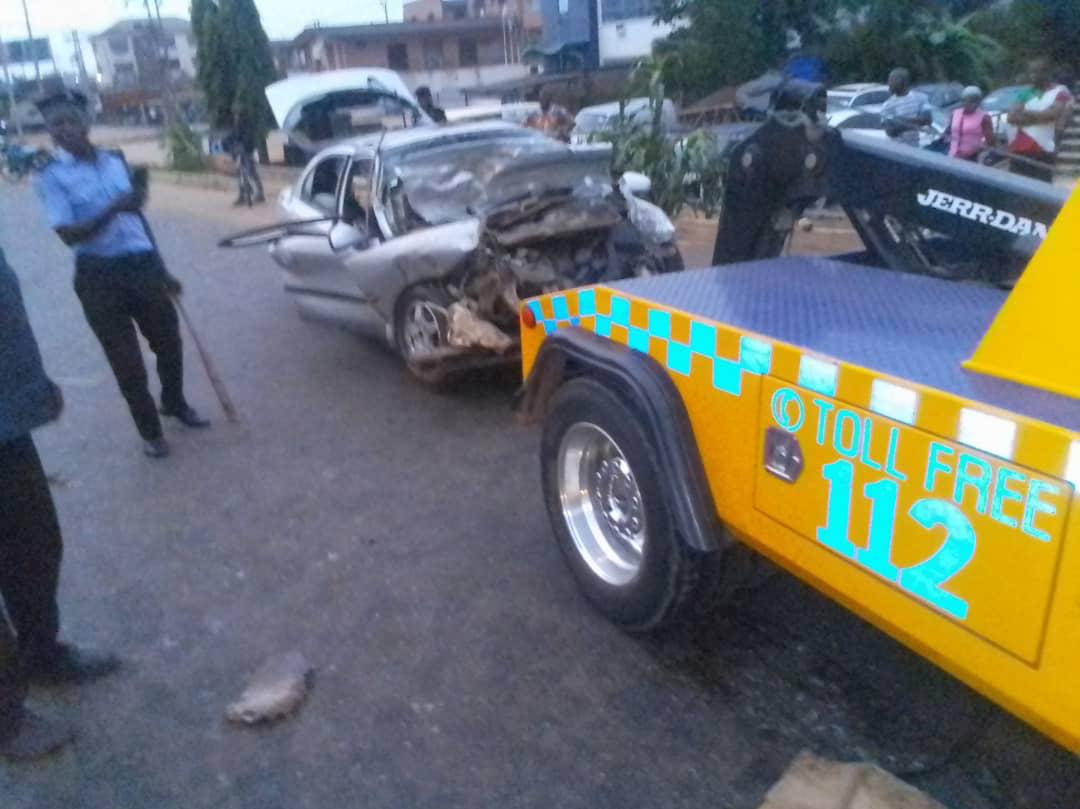 Two male soldiers with the Nigerian Army and a female civilian have lost their lives to an autocrash which occurred at Obadeyi, along Lagos-Abeokuta Expressway, Lagos State, in the early hours of Friday.

The accident involved a truck and a Mitsubishi saloon car with number plate RNG 396 AA.

Eye witnesses’ account said the truck was driving carelessly when it rammed into the car with four occupants on board.

An eye witness, Mr Gbenga Osobu said he was heading for Lagos Island when he noticed that the victims were lying helplessly on the road, “the accident occurred newly when I drove pass the area but people were afraid to assist them for fear of the unknown.

“Fortunately, men of the Lagos State Traffic Management Authority, LASTMA and the Nigeria Police were sighted approaching the scene, “he said.

It was learnt that the car driver was among the three fatalities but the fourth occupant survived the incident and was medically treated on the spot.

Confirming the incident, Dr Oluwafemi Oke-Osanyintolu, the Permanent Secretary, Lagos State Emergency Management Agency, LASEMA, said, “The Agency responded to an accident that occurred between a truck and a Mitsubishi saloon car with reg no. RNG396AA.

“Further investigation revealed that the truck was driving the wrong way and made a head on collision with a car.

“Unfortunately, out of the four occupants of the car, two male Nig. Army soldiers and one female citizen lost their lives to the fatal clash while the last male adult was treated by LASAMBUS and taken to the hospital.

“The fatalities have been bagged while waiting for military pick up and Lagos State Environmental Health Monitoring Unit (SEHMU).

“The vehicle has also been recovered from the road with the agency’s light tow truck and handed over to the police marina station. Operations ongoing,”