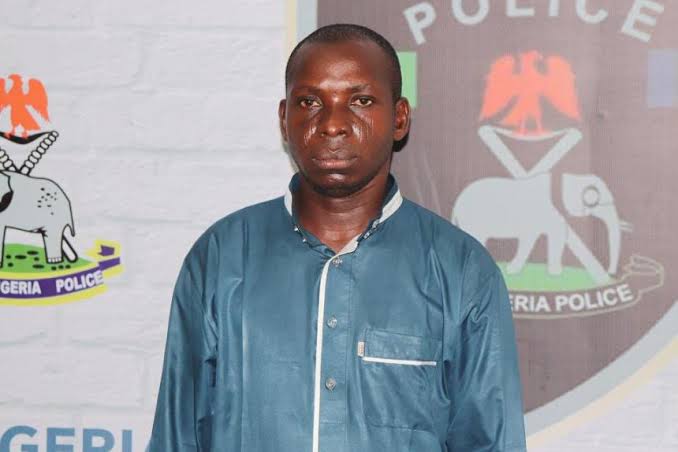 A Federal High Court in Abuja, on Wednesday, July 1, has rejected the bail applications filed by the suspected kidnap kingpin, Hamisu Bala, popularly called Wadume, and six others.

Consequently, Justice Binta Nyako ordered that the defendants be immediately moved from the custody of the Special Anti-Robbery Squad of the police to a correctional centre in Kuje, Abuja.

The judge said she is giving an accelerated hearing to the case and saw no reason granting them bail.

Mr Wadume was first arrested in Ibi, Taraba State, on August 6, 2019, by policemen from the Intelligence Response Team of the Inspector General of the Police office.

He was arrested for a kidnap case in which he was said to have demanded N106 million as ransom.

But between Ibi and Wukari communities, the police team of 10 persons came under fire from soldiers. Three officers and a civilian were killed in the process, while several others were injured

The soldiers who were initially charged along with Mr Wadume shockingly had their names removed from the charges by the Attorney-General of the Federation’s office earlier this month.

Mr Wadume is standing trial on a 12-count charge of terrorism. He is being prosecuted by the AGF’s office alongside Aliyu Dadje (a police inspector), Auwalu Bala (aka omo razor), Uba Bala (aka Uba Delu) Bashir Wazlri (aka baba runs), Zubairu Abdullahi (aka Basho) and Rayyanu Abdul.

Meanwhile, the prosecution called two other witnesses to testify on Wednesday.

Hafeezu Bala, the second prosecution witness, introduced himself as a welder.

He said Tijjani Balarabe, a captain with the Nigerian Army, had contracted him to help break a padlock.

“I was sitting in my shop when Balarabe took me to go and break a padlock,” he said.

“We went to the military camp, the gate was locked. The motorcycle rider showed them my tools before they allowed us to pass.

“After we went inside, we went straight to Balarabe’s parlour. We met Alhaji (Wadume) with other people inside. I met him with handcuffs in his hands and legs.

“What they called me for was to break a padlock but what I met was a handcuff. After I cut the handcuff, I walked away.”

Ahmed Suleiman, the third witness, narrated to the court how he helped Mr Balarabe retrieve a pistol that was given to Waziri (fifth defendant).

“On the 16th of August, 2019, I was attending an old boys meeting when a call came in that some kidnappers came to kidnap Alhaji Hamisu Bala. So, I informed those at the meeting,” he said.

“After I told them, everyone was eager to leave the place. When I came back, one captain Balarabe Tijani called me and asked if I know a man called Baba Runs (Bashir Waziri).

“He told me that one of their rifles was with him and I should meet him and tell him to bring back their riffle.”

Mr Suleiman said the fifth defendant said he was scared to return the riffle to Mr Balarabe so he asked him to help give it back to the army captain, which he did.

The case has been adjourned to July 7.