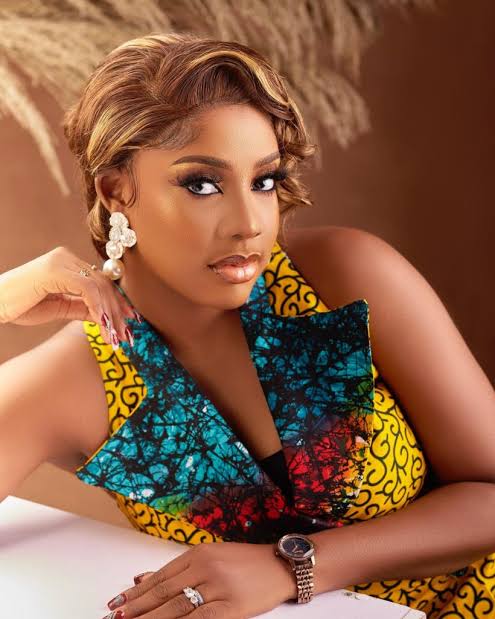 Renowned TV Actress, Seun Osigbesan, who is well known for playing the role of Jennifer, in the popular sitcom, ‘The Johnsons’ has revealed that she is no longer part of the cast for the comedy series.

Seun know for her role as Jenifer on the series, via her verified Instagram page, revealed that she had to opt out of the program so she can grow and take her career to the next level.

“I know you all deserve answers to why my character #jennifer was changed on #AMthejohnsons. I see your DMs, tags and comments ever since the new season of #thejohnsons started airing, asking why my character was changed and telling me how much you miss me🥰
1) Yes I left
2) Change is constant.
3) To reach your potential in life, we must learn to give up at any moment all that we are in order to receive what we can become ~ John C. Maxwell
It was an extremely tough decision for me…but there has to be a sacrifice for every progress you make in life.
Like I said in my previous post,A NEW SEASON is here Old things have passed away All things have become NEWPlease embrace the THE NEW 🙏🏼
My fans are important to me hence, the reason for this post.
Thank you all for the love and support ❤️ I love you too dearly,” she wrote.

Seun Osigbesan in an earlier interview with Punch stated that it could be quite hard to switch from acting in TV shows to movies.
She said, “Yes, it is hard for actors who started out as TV actors to switch to movies because most people find it hard to see them beyond the characters they have played over the years. However, such actors only need extra efforts to prove themselves ‘movie-worthy’.”

Osigbesan also admitted that acting in The Johnsons was a defining moment for her career.

She said, “Acting as ‘Jennifer’ was a defining moment in my career because it ‘launched’ me to the world. Because of that (show), I have fans all over Africa. It is indeed a good feeling.”

Sharing her thoughts on the notion that marriage and motherhood slow down the career of some women, the actress said, “It appears motherhood slows down the careers of women because of the huge responsibility (that comes with it). However, that does not apply to all women. Some women have the ability to multi-task while some cannot. One should just do what works for one, and not compare one’s life with that of anyone else.

“Stop feeling bad by thinking things are working faster for those that are doing all (career and motherhood) at the same time.

People have different timing and destinies.
“Some people might feel I would have gone farther in my career if not for marriage and motherhood, but I don’t feel like my progress is slow. I believe I’m on the right lane and that is all that matters.”