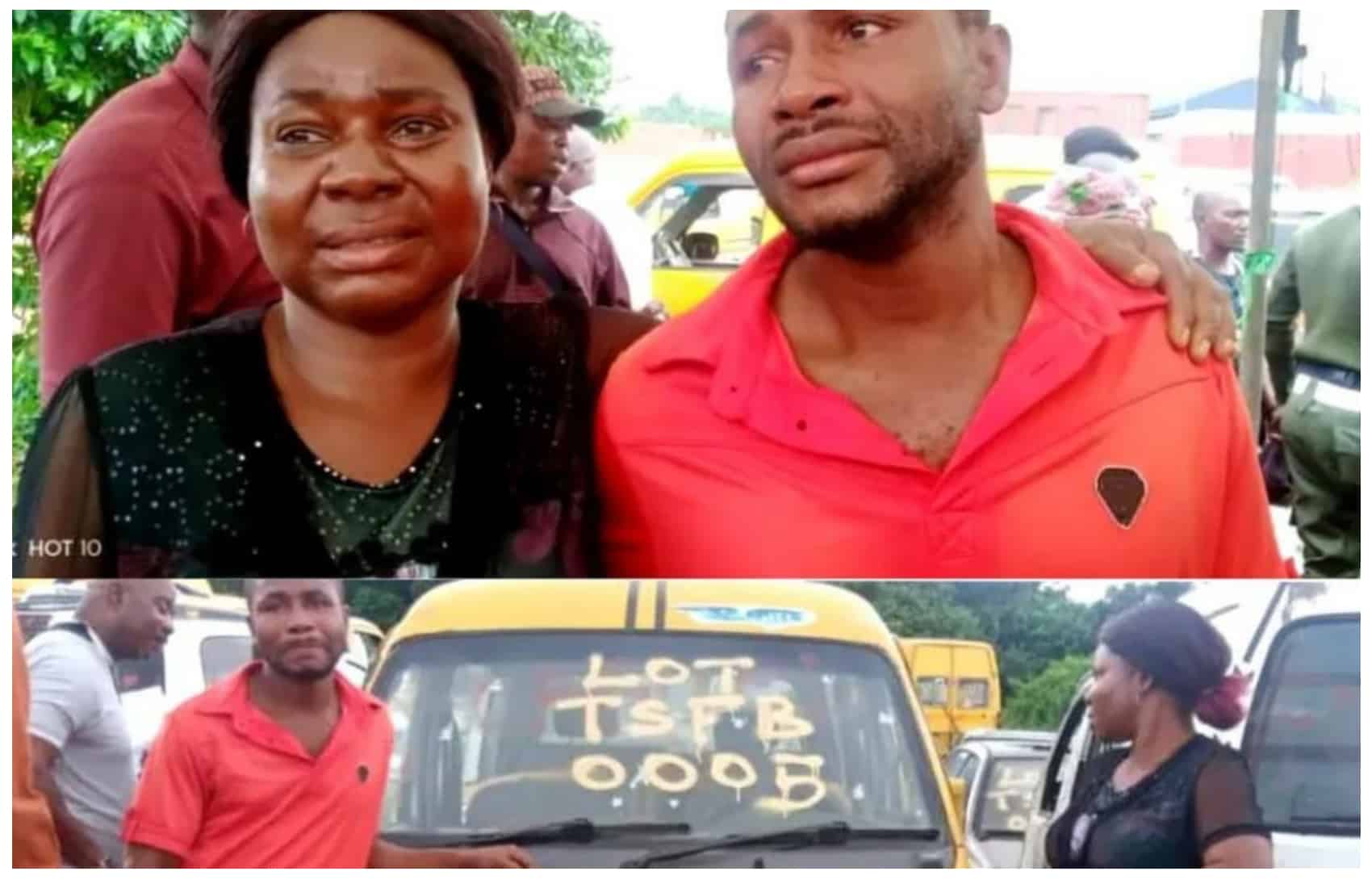 A widow, Dorothy Dike, 49 and her son, Osinachi Ndukwe, have cried for help after their only ‘source of income’ a commercial vehicle purchased at the rate of N1.8.Million on hiring purchase was auctioned for N450,000.
Applesbite reports that the Lagos State Government through its Ministry of Justice and The state Taskforce, on Thursday organized a public auction for 134 abandoned and forfeited vehicles, at Lagos State Task Force’ headquarters, Alausa, Ikeja.

Amongst the throng of the crowd gathered at the auction House is Ms. Dorothy and her son whose mini bus (Korope) with the number plate, ANAMBRA NEN 347 YX was seized and auction with the opening bid of N50, 000 but jerked up to N430,000 at the end of the bidding.

Crying profusely, the widow begged for price reduction saying “help us, help us, please, don’t increase the price again. We cannot afford this but we are hopeful that the vehicle will be ours, so that we can work again and raise money to feed ourselves.”

“I am a widow with two children and I hawk herbs on the streets of Lagos for survival. Osinachi is my son and I lost his father three months after delivery and since then, I have been battling to feed my children.

“When we heard that the bus will be auctioned today, we borrowed N59,000 to attend the event. Unfortunately, the price for the bus was closed at N450,000,” she lamented.

Her son, Osinachi, 31, who couldn’t hide his emotions, explained that he became a commercial driver following his inability to secure a job.