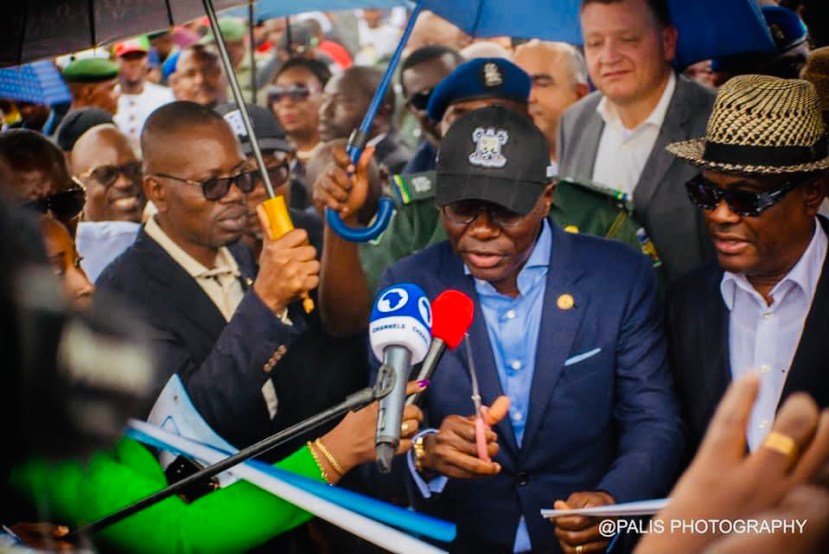 The publicity Secretary of the NEW NIGERIAN PEOPLES PARTY Hon. Richard Benson Echigbue slams the Lagos State governor; Mr Babajide Sanwo-Olu over the invitation by the River State governor Nysom Wike to commission a project in Rivers state. According to the spokesman of the party, Governor Sanwo-Olu went to commission a project in Rivers but he is yet to complete the projects in Lagos state let alone commissioning any.

Why We Are Delivering Value And Growing our Numbers – Wema Bank MD/CEO, Adebise

Rather he embarks on multiple projects within the metropolis causing heavy traffic deadlock and great pressure on the roads without thoughts of completion.The spokesman went further to say that the Governor made several promises to Lagosians in providing good infrastructure and good governance upon resumption but to my greatest dismay I haven’t seen anything tangible that this government has done since inception yet.

Why We Are Delivering Value And Growing our Numbers – Wema Bank MD/CEO, Adebise

Frankly, this government has lost its focus,vision and policy.It is unable to deliver the dividends of democracy to the people that voted them into power.

This is therefore a wake-up call to all the people of Lagos that this is the time to reject such a party and vote for a more structured,credible and governance oriented party that is ready to correct the anomalies and bring the changes that will return Lagos to it’s position as Africa’s model Mega City striving with sustainable economic growth through infrastructure renewal and development.

The Publicity Secretary, Hon Richard Benson further reiterated that as a matter of urgency the present state Governor should be responsive and ensure that the projects embarked upon especially the road projects should be completed within the shortest time so as to ease Lagosians the stress and burden of spending many hours on the road due to heavy traffic and hold-ups daily.

The spokesman also said that traffic personnel should also be available in all the areas where these projects are ongoing to ease traffic and hold-ups.