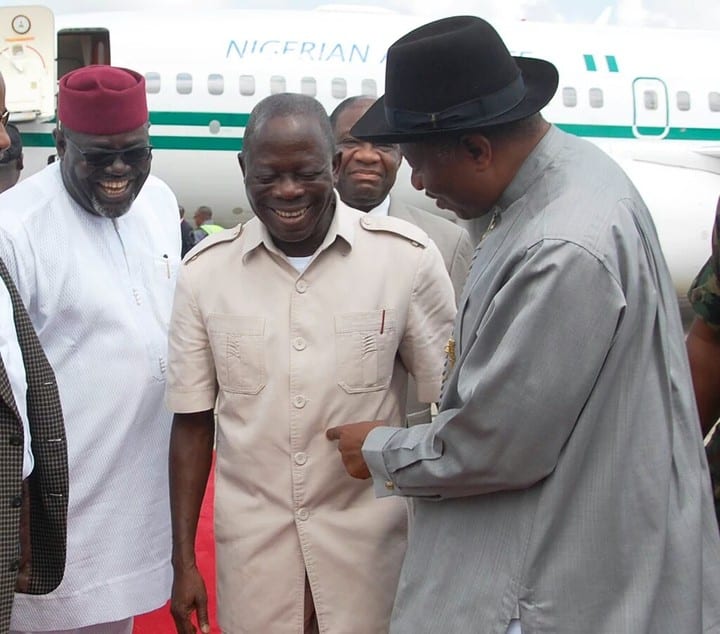 The former National Chairman of the All Progressives Congress (APC), Adams Oshiomhole, has commended former President Goodluck Jonathan for the legacies he left behind.
Oshiomhole stated Jonathan has set a standard that none of his successors can afford to go below. He added that one of Jonathan’s legacies is the launch of the Almajiri school.

He stated this at the one-year memorial lecture in honour of the late Captain Hosa Okunbo, held in Abuja on Saturday.

The former Edo State Governor, however, said he fought Jonathan out of office due to their differences in political interests.

Oshiomhole said: “You (Jonathan) left legacies even though I had cause to fight because it is politics. The legacy you have left, there is no successor who can afford to do less.

“But the logic of multi-party democracy is that even an angel can be defeated. You have set a standard that none of your successors can afford to go below.

“Part of your (Jonathan) legacies was when you launched the Almajiri school and your thought was that no Nigerian child should be left on the street and also appropriated special funds.

“These ideas are not new but what we lack is the will to transform them to practice. We never know who are our friends until when we are no more.

“No one is appreciated until he or she leaves office.”

Also speaking at the event, Jonathan decried the glorification of stomach infrastructure in Nigeria’s political culture, among others.

The former President described the late Captain Okunbo as a man with a large heart, a spirit of philanthropy and ardent love for the needy.

He said one of his legacies that will continue to endure is that he nurtured and mentored many to become responsible members of society.