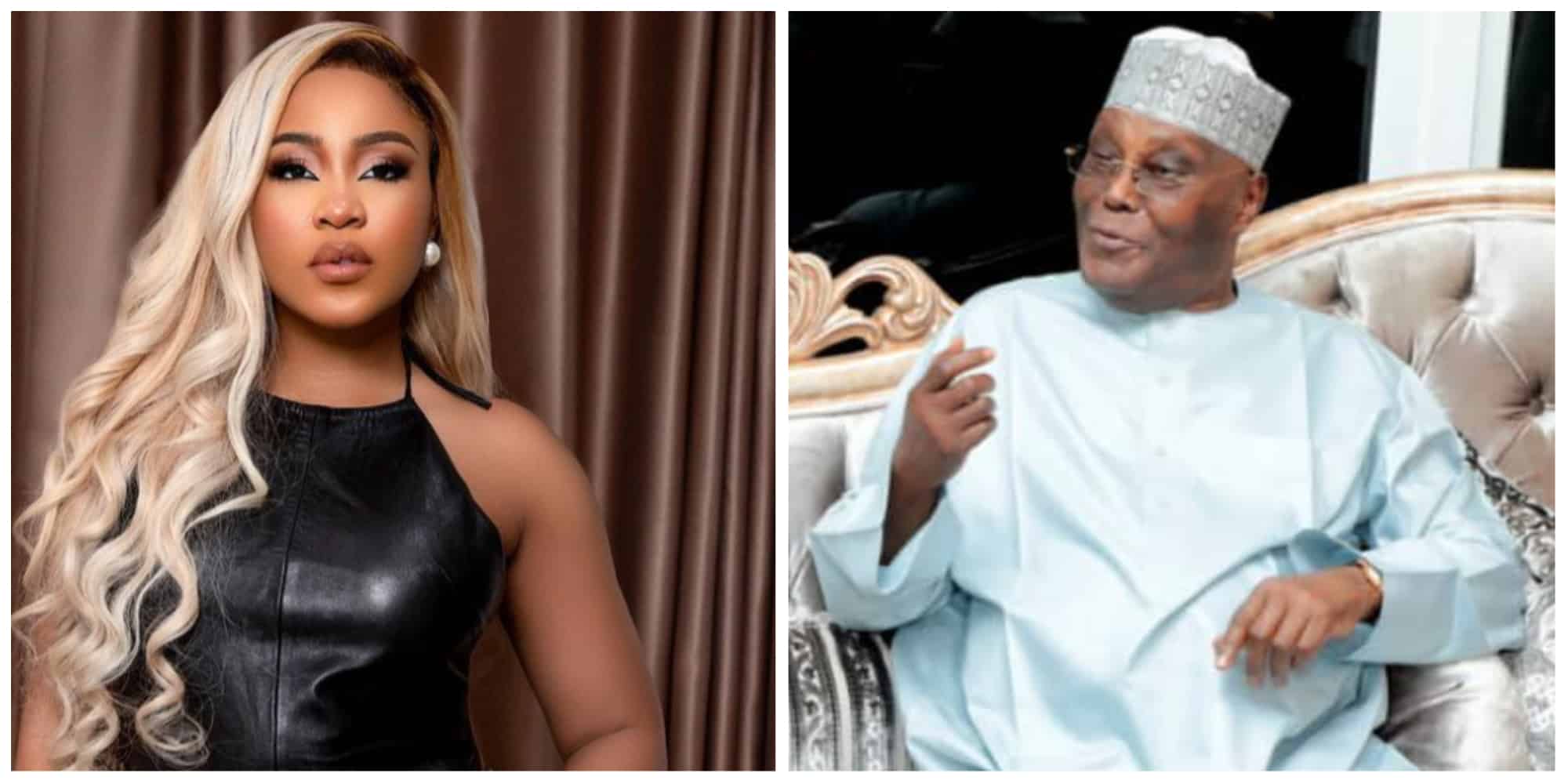 Former Big Brother Naija ‘Lockdown’ Housemate, Erica Nlewedim, has tackled two supporters of the Peoples Democratic Party (PDP) presidential candidate, Atiku Abubakar.
Applesbite reports that Atiku in a post shared on Twitter expressed concern over the flooding which followed the torrential downpour across some parts of the county.

@atiku wrote: “These unfortunate incidents should be a wake-up call to the urgency of our responsiveness to the issues of climate change and global warming.”

Reacting to the tweet, the reality TV star questioned the former vice president on the removal of his comment condemning the lynching of Deborah Samuel, earlier this year.

She wrote: “What about the time the girl that was burned”

A supporter of Atiku slammed Erica, stating that the PDP flagbearer does not owe anybody any explanation on what he keeps and removes from his space.

Giving reasons for her question, Erica said: “You get a life, get off my page. If I ask a question it is cos I want to know, it’s not a dictatorship it’s a democracy so if people should vote they should be able ask questions. I wonder why you’re even being defensive if there was nothing wrong!

“If I want to decide who I’m voting for can’t I ask certain questions? If u think bullying is the way to go you’re simply driving away people who are supposed to see reasons to vote! If u think u want to bully anyone, Erica is not the person”.

@Naijavoltron wrote: “Erica all you need to do was to ask Google to enlighten you. This isn’t BigBrother”

Erica replied: “Big brother participants are not Nigerians who should vote right? You thought you did something there? If u shake your head you’ll hear echoes cos there’s an empty space where your brain was supposed to be”