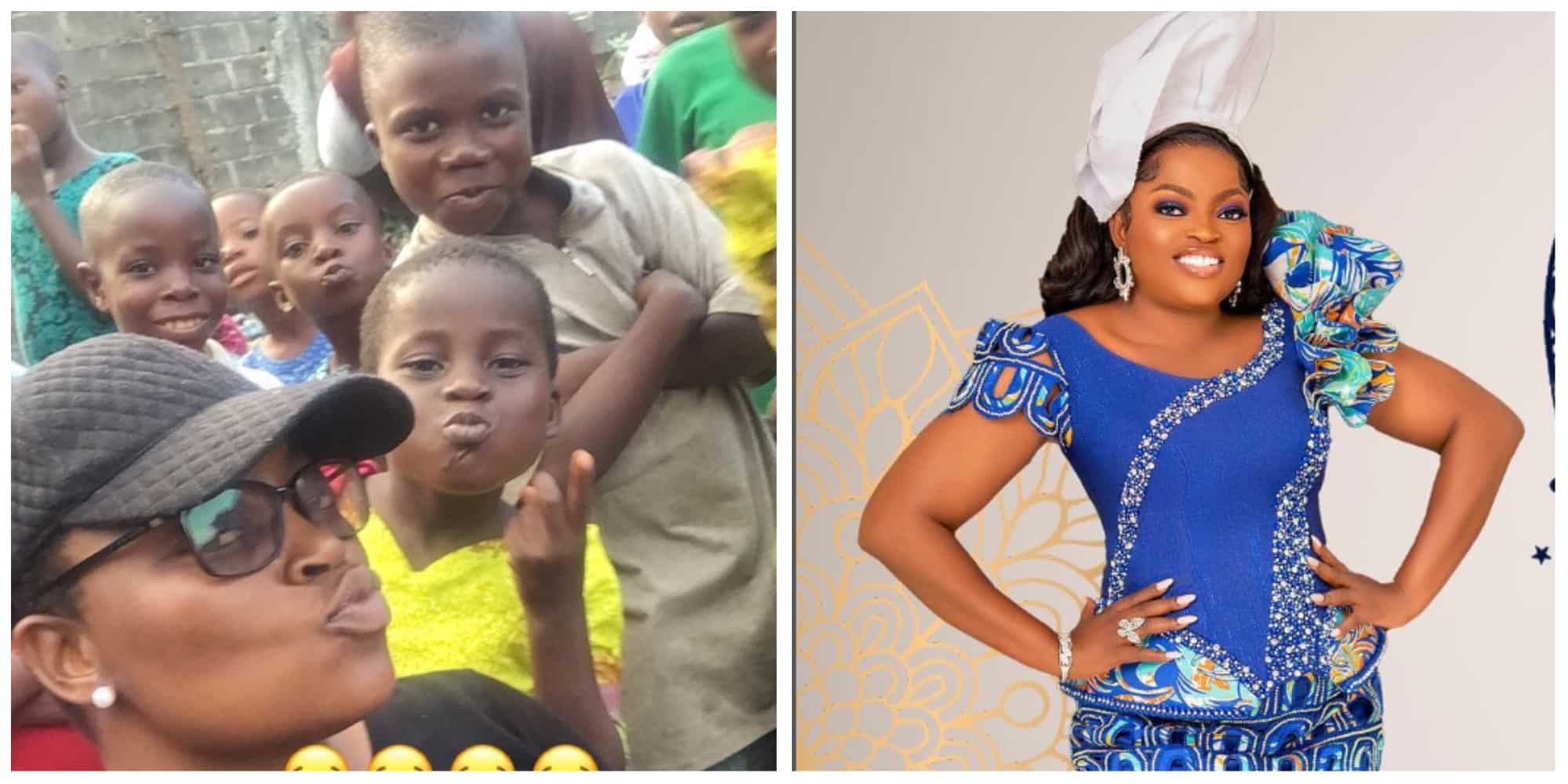 Nollywood actress and Peoples Democratic Party (PDP) deputy governorship candidate in Lagos, Funke Akindele has sparked mixed reactions as she intensifies efforts to enable her party to win the 2023 election.
Like some politicians who share photos of themselves associating with the masses during election periods, Funke took to her Instagram page to share old memories with street children.

In the photo, Funke is captured excited about identifying with the children.

Captioning the post, the mother of two stated that children are the heritage of God, and they are a reward from the womb.

While some fans applauded her love for kids others slammed her stating it all for the campaign.

ambpetertobyo wrote: “Being from the street, you will know that Real recongnizes real as you are doing well @funkejenifaakindele Dear lagosians, lets replicate what happened in Osun State in lagos and put an end to 23yrs of one man holding lagos captive in 2023.”

fitfully wrote: “You are no doubts an awesome person but I hope you people still visit destitutes when you assume office and all these, not just a means to an end.”

abaddyt wrote: “Policians with deceiving people. When last did you organized a gathering for less privileged kids last? Don’t join our corrupt policians by offering false promises. Be yourself & let your words be seasoned.”

leeshawncore wrote: “This is literally the sweetest.”