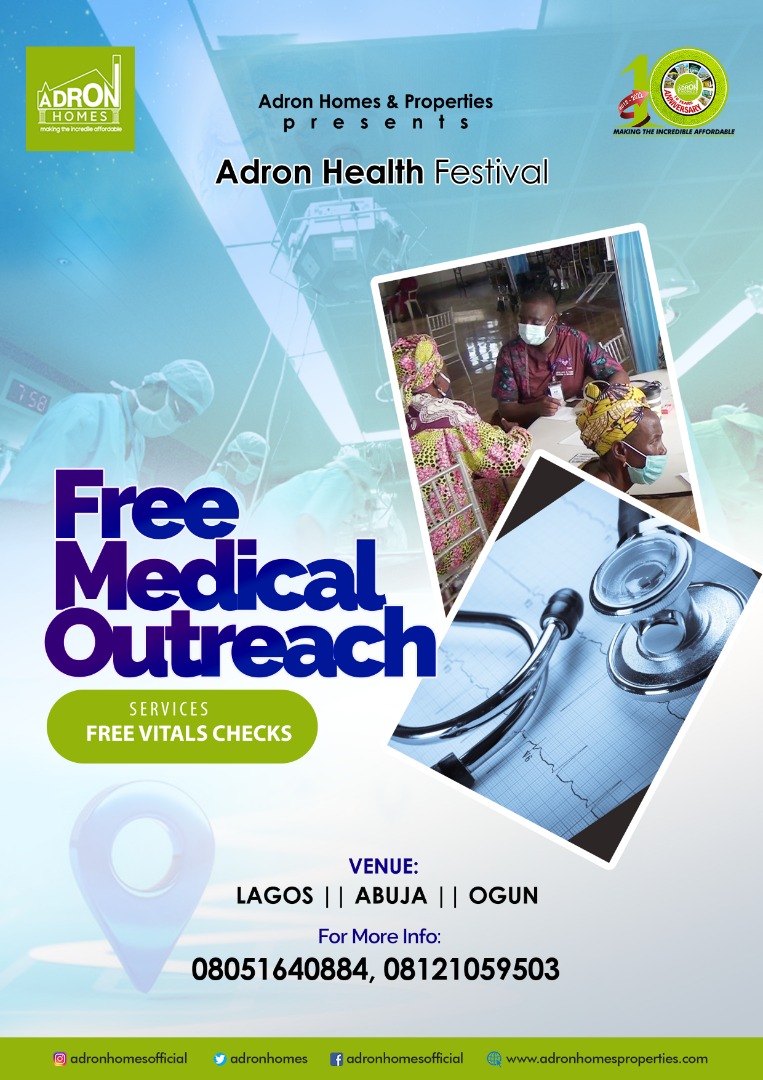 In commemoration of her tenth anniversary, the company has decided to embark on giving back to the general public in retrospect of the goodwill the company has continued to enjoy over the years.

In a Press release by the company’s Director-General of Sales and Marketing, Mrs Folashade Oloruntoba today at the company’s head office in Lagos she said, “Adron Homes and Properties is poised at extending her hands of gratitude to the general public for the support we have continued to enjoy over the years, and the confidence the public has bestowed in us as their first choice in housing solution”.

She continued “Adron Homes thought it wise to extend health care to the nooks and crannies of the country, understanding the importance of health, because as the great wise saying goes, Health is wealth. We have decided to host a mega health outreach tagged ADRON HEALTH FESTIVAL’’.

Oloruntoba further added “We are urging the general public to take advantage of this opportunity to obtain free health care, as we will be easily accessible in numerous sites around the country, including the well-known Brent Mall, Apata Ibadan, and Jericho Mall, Oyo State” Oloruntoba continued.

Other locations include Ifo Market Sagamu in Ogun State will host the Adron Health Festival.

The Sabo Market Sagamu will serve as the location in Osun State.

UTC Market, Area 10, and Maraba Market are the locations in Abuja, respectively.