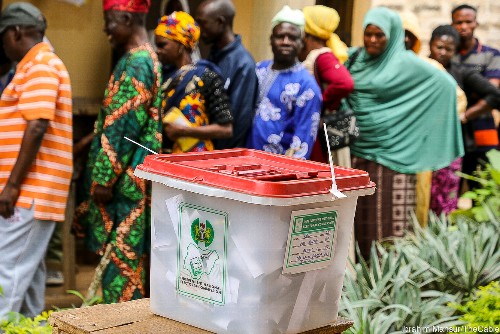 The Independent National Electoral Commission (INEC) says it will clean up its voter register to address the irregularities observed by Nigerians.

Since the list of voters was made public across polling units and on the commission’s website, Nigerians have raised issues of discrepancies.

Some of the disparities include underage voters who falsified dates of birth and others who appeared to have been registered multiple times.

Although INEC had said it would address the complaints, the criticism mounted in recent days.

Speaking on Sunday in an interview aired on Channels Television, Victor Aluko, INEC’s director of voter registration and publicity, said the commission would ensure that underage persons do not participate in the forthcoming elections.

“I assure you that the register will be cleaned up completely and no underage voter will vote in 2023. After we finish with the claims and objections on Friday, we will be taking in again for further claims based on the complaints of the people,” Aluko said.

“That is why it is important that persons who noticed any issue at all with the register should complain through the right channels where they can be documented.”

He added that INEC’s revision officers would work on all other complaints raised after they are collated.

“If you complain and you do not let us know that complaint, then how do we work on the complaints?” he said.

“That is why I’m saying we take in the register and then we work on the register, and at the end of the day, we have a very clean register as we prepare for the general election.

“And I’m assuring you that no underage person will come to our polling units to come and vote on election day.”