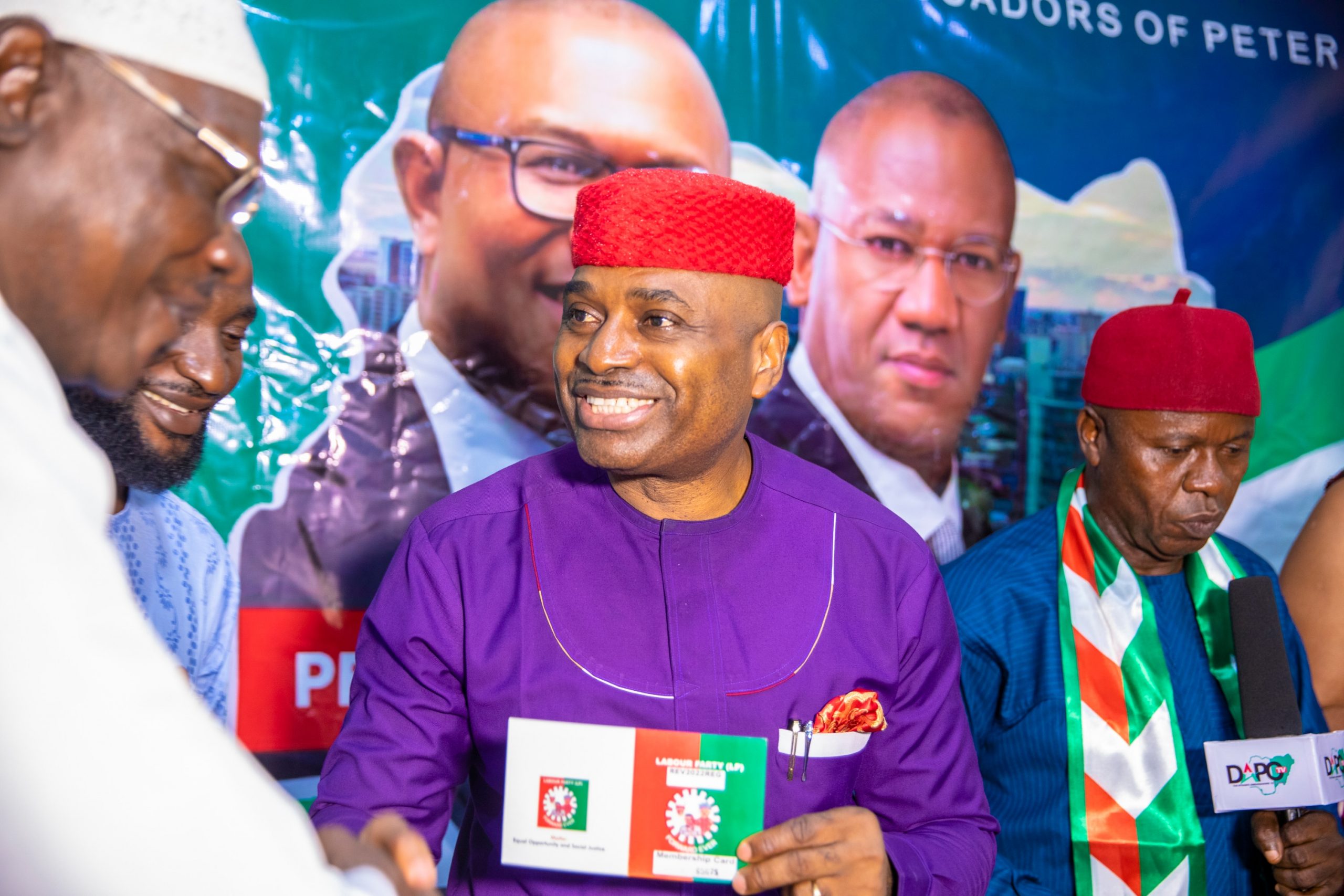 Okonkwo, who stated this during a meeting with Labour Party’s National executives and members of Dynamic Ambassador For Peter Obi (DAPO) in Abuja, said ‘a new Nigeria is possible,’ under the leadership of Peter Obi and Datty Babab Ahmed. Recall that on Tuesday, the ace actor who dumped the All Progressives Congress, APC, and joined the Labour over the presidential Muslim-Muslim ticket. However, Kenneth Okonkwo in his acceptance speech, said, “There’s something I always see anytime I come across the candidacy of Peter Obi and Datty Baba Ahmed, ‘a new Nigeria is possible.’

Workers Seals Off Ekiti Teaching Hospital With Patients Inside Over Debt

“And why am I confident in seeing this new Nigeria? Because there’s a man who has wowed to change and transform this nation from a consumption nation to a production nation and from the antecedent of this same man whatever he said he will do he has done.
“Why am I confident? Because this man chose a party that is called Labour party, Labour is known for productivity, I am surprised that Labour is agonizing when it can organize. Labour still remains the most organized group in this country. On the day Labour stands up in Nigeria the new Nigeria we’ve been praying for will come alive. “Today you cannot travel by land, it’s either you’re killed, kidnapped or terrorized, we cannot travel by air because it’s too expensive, a return ticket will take you the sum of Two Hundred Thousand naira (N200,000) Abuja to Lagos, on economy.

Meanwhile Dr Okonkwo who is the spokesperson Dynamic Ambassador for peter Obi (DAPO) said, “You cannot travel by rail because it is grounded. We can’t even service our debt because they have borrowed us into bondage, God forbid I can no longer live in bondage.” On his part, Chairman Labour Party Federal Capital Territory, Comr. Peter Diugwu Chukwuemeka in his remark expressed joy and humility over the assignment to represent the national Chairman of the party. According to him, “I’m overwhelmed and privileged to represent the celebrity National Chairman of our great party in the person of Barrister. Julius Abure and all the national working committee of Labour Party.”

“Labour Party has become a mega party, when you see a political party without a president, senator, House of Representatives, governor, House of Assembly Chairman or Local government Chairman competing with major and established political parties, something is about to happen.”